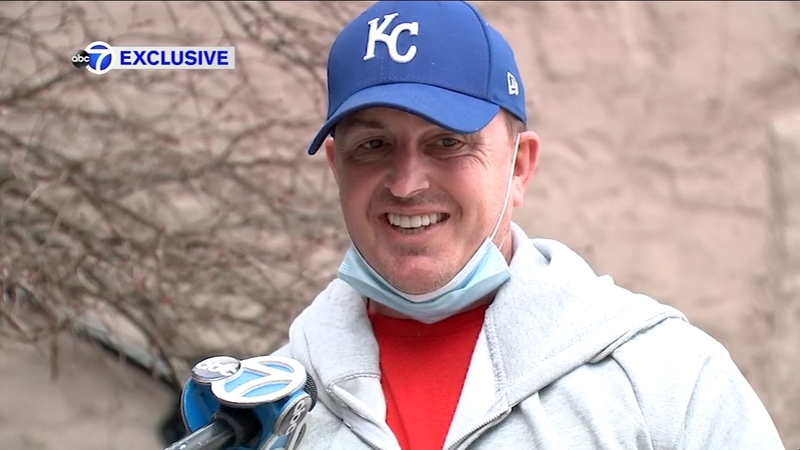 Tourist speaks out after getting shot in Midtown; person in custody

NEW YORK (WPVI) -- A man from Kansas City is recovering after being shot in the shoulder near New York City's Times Square overnight Wednesday, and police say a person of interest is in custody.

It happened just before 2:30 a.m. at the intersection of 8th Avenue and 38th Street as the man returned to New York from the Mets/Phillies game in Philadelphia.


Police say the assailant, wearing all black, pulled out a gun and opened fire on another person but missed and struck 44-year-old Chris Ruby instead.

The shot fractured his collarbone and his shoulder blade, and he was taken to Bellevue Hospital in stable condition.

He was released before an afternoon flight home to Kansas City, and he spoke exclusively to WABC-TV.

"I was having such a great time until this happened," he said.

He had just arrived at Penn Station and was walking down the street when he said he felt a sharp pain in his shoulder. He ran into a smoke shop and realized he was bleeding profusely.


"It was really bad," he said. "I'm just ready to go home. I was in the hospital for five hours and then the police station for two or three."

He said it was his first trip to New York City and that he arrived on Saturday. While he is not a fan of either the Mets or the Phillies, he is a baseball fan who wants to see a game in every stadium.

"All those New York souvenirs I have, I don't want to look at them," he said.