Philadelphia ranks 2nd in the US with most traffic congestion; SEPTA to invest in $2 billion project 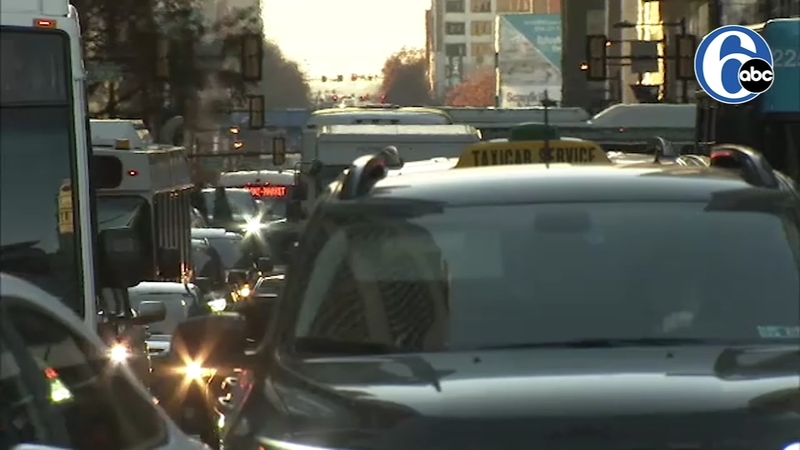 Philly ranks 2nd in the US with most traffic congestion

PHILADELPHIA (WPVI) -- In 2020, Philadelphia ranked fifth in the world and second in the U.S. for cities with the most traffic congestion, only behind New York City, according to a Inrix report.

As a result, Philly drivers lost an average of 94 hours to traffic congestion compared to the national average of 26 hours a year.

This issue also impacted drivers directly in their wallets, suffering a financial loss of more than $1,300 on the year in 2020.

With the rise of U.S. gas prices, Philadelphia residents have seen a significant incline at the pump as COVID-19 restrictions begin to lift; and more drivers take the road.

Mike Carroll, Deputy Managing Director for Transportation, Infrastructure, and Sustainability, says despite those numbers, Philadelphia saw a 34% drop from 2019 due to many people working remotely and driving less amid the pandemic.

He adds that OTIS Philly is working to implement more strategies that address the root causes of the city's traffic congestion.

"We anticipate that the King of Prussia Rail project will reduce travel in the Philadelphia region by about 14 to 18 million vehicle miles per year," said Jody Holton, assistant general manager of planning and strategic initiatives at SEPTA. "A typical commute from Center City to King of Prussia could be up to 1 hour and 30 minutes on the Schuylkill Expressway, but on KOP Rail it would be about 45 minutes."

The project aims to provide transit options every 10 minutes during the week peak and every 20 minutes outside of the typical nine to five commute hours.

This project is just one example of an innovative future planned for Philadelphia and its surrounding areas.

"If we can see how the workday, and maybe in some ways the workweek can shift a little bit so that there is less of this compression in the A.M. and P.M. rush, that actually will have some pretty good benefits for us as a city," said Carroll.
Report a correction or typo
Related topics:
travelphiladelphiaseptatravelpublic transportationtransportationtraffic
Copyright © 2022 WPVI-TV. All Rights Reserved.
TOP STORIES
2 Montco school districts requiring masks starting Friday
ATV rider killed after colliding with car in Philadelphia
Delco bus driver accused of taking upskirt photos of students arrested
AccuWeather Alert: Record Heat This Weekend
Boy, 4, shot inside North Philadelphia home
Bryce Harper asks for fan's hat, trades his own
Philadelphia Jeopardy! contestant on winning streak
Show More
911 dispatcher who took Buffalo shooting call put on leave
Top picks for wineries in our area
Delco chiropractor charged in sexual assault of 9-year-old patient
Teachers, parents voice concerns over proposed library policy
NY high court to determine if Bronx Zoo elephant is a person
More TOP STORIES News