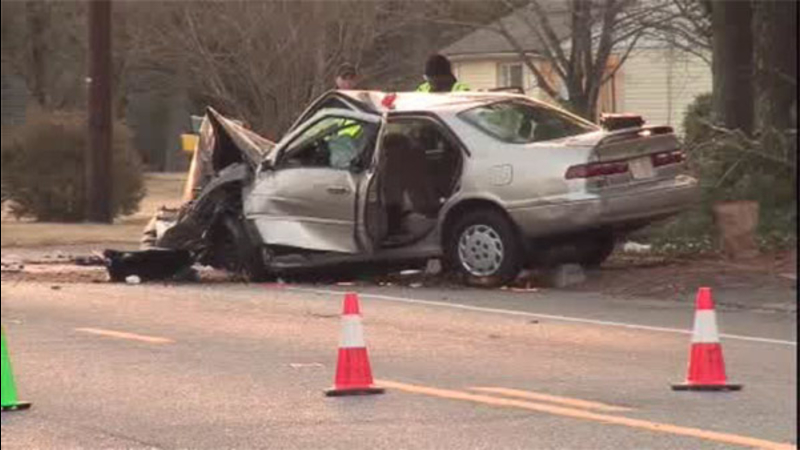 VIDEO: 1 dead, 3 injured after vehicle crashes into trees in Vineland

VINELAND, N.J. (WPVI) -- One person was killed and three others were injured in a single-vehicle crash in Vineland, New Jersey.

Police responded at 4:23 a.m. Saturday to the area of East Landis Avenue and Redcrest Street.

The driver of a 1998 Toyota Camry was traveling westbound when he lost control, crossed over into eastbound lanes and ran off the road before striking several trees, police say.

A backseat passenger, Enrique Gutierrez Jr., 37, of Millville, New Jersey, was pronounced dead at the scene.

A second victim was flown to Atlanticare Regional Medical Center in Atlantic City.

So far, no word on the condition of the other two victims.