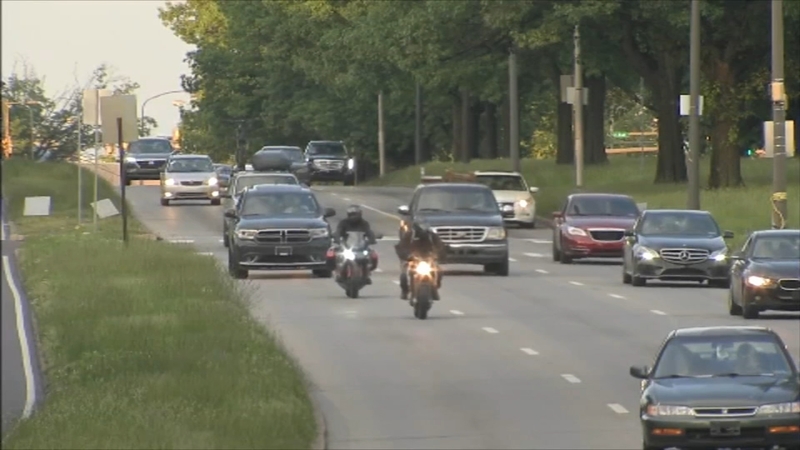 PHILADELPHIA (WPVI) -- In a unanimous vote, Philadelphia City Council has voted to approve a measure that allows for the installation of speed cameras along Roosevelt Boulevard.

It has long been considered one of the most dangerous roadways in America.

Action News spoke to many people who think the cameras are needed.

"After living in Philadelphia all of my life, we desperately need it OK? It's a shame that it's being painted as a money grab," said Gerald Sobeck of Northeast Philadelphia.

Jose Montanez of Mayfair says, "A lot of cars they have a really bad accident over here in this area, so I think it's a really good idea."

By the end of the year, seven to eleven speed cameras will be installed between 9th Street and the Philadelphia county line.

Cindy Ragen likes the idea but, "Even a lower fee would slow people down, I don't think it needs to be that high. They're already getting you at stop signs for $100 a crack."

And Chris Hufnagel of Mayfair says, "I don't really agree with it, Nah. I think it's too high."
"I think it's ridiculous," said Mike Mierzejewski of Northeast Philadelphia. "I think we should go back to old school where more police on the street and maybe they can fine you that way," he added.

But most people supported the idea of speed cameras.

"I think it's a great idea, stop the accidents, I like the plan," said Joe Ciambella of Northeast Philadelphia.

Jose Soto of Northeast Philadelphia says, "I think it should be done because there are too many accidents and a lot of deaths along the boulevard, I think it's great."

Recognizing that motorists may need some time to get used to the speed cameras, there will be a sixty day grace period during which speeders would get a warning notice in the mail. After that, the fines will take effect.
Report a correction or typo
Related topics:
trafficphiladelphia newsspeeding
Copyright © 2021 WPVI-TV. All Rights Reserved.
More Videos
From CNN Newsource affiliates
TOP STORIES