It happened at 21st and Market streets shortly after 10 a.m. Wednesday.

Our cameras were rolling just minutes after the collision. 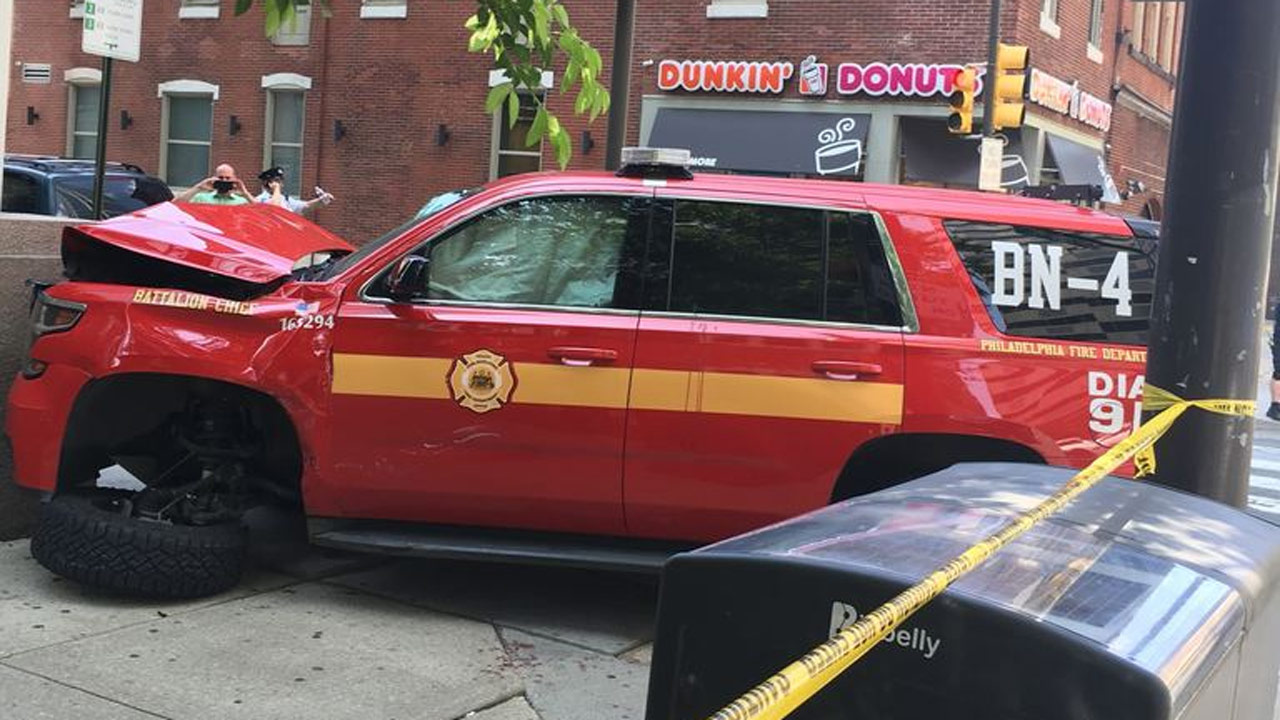 A Philadelphia Fire Department, Battalion's Chief SUV was involved in the accident.

The windshield was heavily damaged and the tire was snapped off as it ran into a 20 story building.

A witness said as the SUV jumped a curb it hit a woman carrying groceries.

"He had his lights and siren. He stops and proceeds slowly, probably about five miles per hour and as he proceeded slowly he got hit directly in the tire and it bounced him like a ping pong and he came up on the sidewalk and hit the lady in the process," said Joseph Carothers of Stanford, Pa.
Police say the pedestrian was a 56-year-old woman. She was taken to the hospital in stable condition. A witness said it was a frightening impact.

"She flew in the air and that is when I parked my car and I actually jumped out to help," Carothers said.

Police say the fire department's SUV had its lights and sirens on when it collided with a Honda.

Two fire department employees were taken to the hospital in stable condition. Those who saw the collision say it happened so quickly that the pedestrian had no chance to respond.
"She had her bags from Trader Joe's and she is coming across Market Street and she is just enjoying it trying to get across the street. I am assuming she never knew what was happening," said Ron Coats of Center City.

No serious injuries were reported. Surveillance cameras captured the incident but images were not released to the media.