Van falls onto SEPTA tracks after crash in Southwest Philadelphia 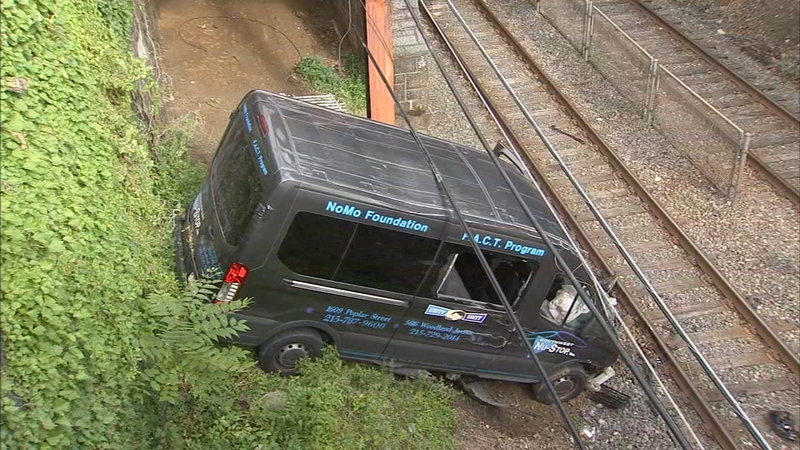 Van falls onto SEPTA tracks after crash in Southwest Philadelphia

PHILADELPHIA (WPVI) -- A van involved in a crash went off the roadway and landed onto SEPTA tracks in Southwest Philadelphia.

It happened around 7:30 a.m. Tuesday at 49th Street and Kingsessing Avenue in Southwest Philadelphia near the 49th Street Station.

Police say a gray Nissan van hit a Hyundai Sonata traveling westbound on Kingsessing. This caused the van to go over the embankment and land on the tracks.

The driver of the van was taken to the hospital in stable condition. The conditions of the woman and her son in the second vehicle is not known.

Crews used a crane to remove the van from the tracks.

Crews will need a crane to lift this van off the tracks after an auto accident. Outbound service remains suspended as a result of the accident. Inbound trains are operating with delays of up to 30 minutes. pic.twitter.com/YvAfiFioyI

Action News talked to a bystander who helped pull the driver out of that van.

"I see him sitting in the van, he's like dazed," said Darryl Dove. "I helped him out of the van, made sure he was safe, and we stood against the van for a few minutes so he could get his head together."