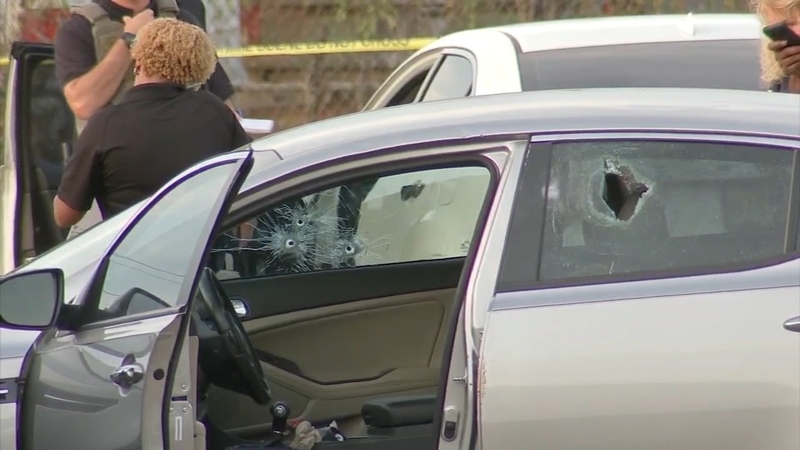 TRENTON, New Jersey (WPVI) -- Police in Trenton, New Jersey are investigating a shooting involving one of their own on Sunday evening, according to the Mercer County Prosecutor's Office.

It happened along the 1900 block of Calhoun Street.

Authorities tell Action News that an altercation ensued between an officer and an armed suspect sometime after 5 p.m.


Officer involved shooting in Trenton. Prelim reports from Mercer Co Pros: suspect was armed & had an encounter w/a Trenton Police Officer. Suspect was shot in the head by police & taken in critical condition to a nearby hospital. @6abc pic.twitter.com/N6vQkHjkpn

"We heard the officers chasing the guy down, we don't know exactly what happened. But when they came to this location gunshots erupted," said James Brown, who lives nearby.

The suspect was shot in the head and rushed to an area hospital. The suspect is listed in critical condition at this time.

Brown says he did not see the suspect with a weapon but described to Action News the police response and how an officer jumped out of the vehicle shortly before shots were fired.

No word on if any officers were injured.