3 charged in shootout after domestic dispute in West Philadelphia WEST PHILADELPHIA (WPVI) -- Three men are facing charges after a domestic dispute led to a shootout in West Philadelphia. 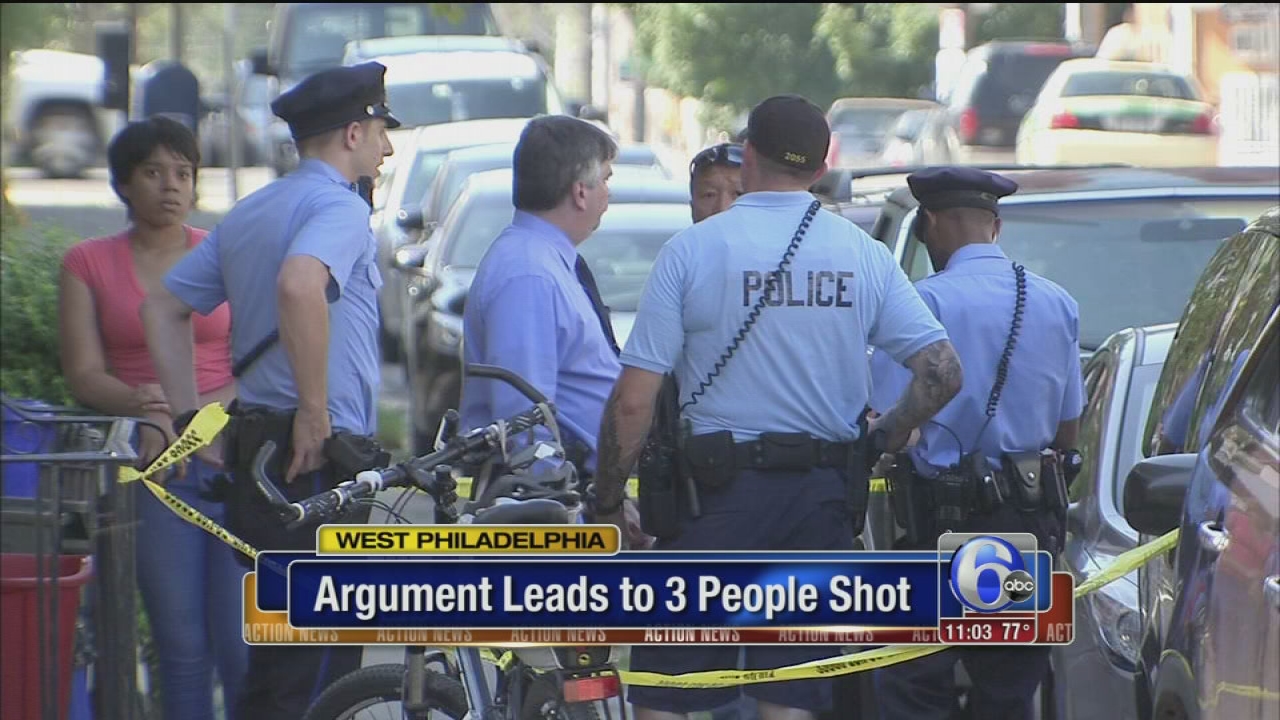 VIDEO: Triple shooting
Three people were injured, two critically, after a domestic dispute led to a shootout in West Philadelphia.

Upon arrival, officers found a 25-year-old man suffering from a gunshot wound to the stomach.

He was rushed to Penn Presbyterian Medical Center in critical condition.

Hellams was also taken to Penn Presbyterian, suffering from a gunshot wound to the right leg. He is listed in stable condition.

A 15-year-old boy suffering from a gunshot wound to his groin, hip and leg was rushed to Children's Hospital of Philadelphia where he is listed in critical condition.