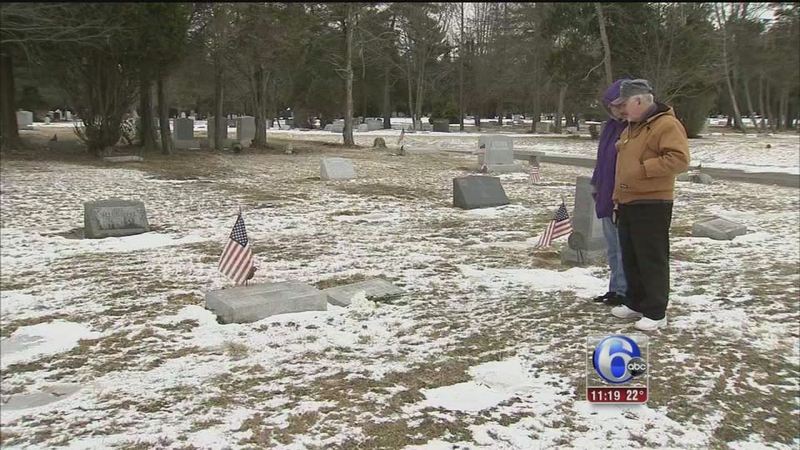 The Action News Troubleshooters have been working a very special case, trying to help a local couple honor their father's final wishes.

A name and a date put on a gravestone seems like a simple job, but as one couple found, getting it done was anything but.

Milton Burns died in October of 2013.

His daughter and son-in-law paid to have his name and dates put on the family's existing gravestone where their mother had already been laid to rest.

Barbara and Ed Weingard paid Lifestone by Stefan at the end of October 2013.

They tell us the company did warn the engraving may not get done until the spring.

Finally, in August, the Weingards asked Lifestone by Stefan for a refund.

The couple says the check they were promised never came.

So then they contacted the Action News Troubleshooters.

A couple weeks after the Action News Troubleshooters got involved, the Weingards say they called Lifestone by Stefan for an update and this time they were told the work was complete.

"We feel a lot better and we really thank Channel 6. It's like finally one of the good guys won this time," Ed said.

Here are the lessons the Weingards learned from this:

- Never pay in full, up front.

- Always check the reputation and history of a business in advance.

Lifestone by Stefan has an 'F' rating at the Better Business Bureau with 44 complaints against the business.

Lifestone by Stefan says all of its BBB complaints have been resolved and that those complaints were also weather-related. The company says that information just hasn't made it to the BBB yet.

Meantime, the Weingards are just relieved their father is finally at peace.

"But I think all of the thanks is to [Action News] because you followed through for us," Barbara said.

Lifestone by Stefan tells us the company makes every effort to complete jobs in a timely fashion and understands these are sensitive issues but the company got backed up on jobs because of the winter weather and in fact, still has a backlog because of the cold temperatures.