Trump to families of coronavirus victims: 'I love you'

WPVI
President Donald Trump has a message to the families whose loved ones have died from COVID-19: "I love you."

"I want to say I love you. I want to say we're doing everything we can. There's nobody -- I don't sleep at nights thinking about it," he said during an exclusive interview with ABC "World News Tonight" Anchor and Managing Editor David Muir Tuesday.

Muir had asked the president what his message was to the families of nearly 70,000 Americans who lost their lives during the coronavirus pandemic. He pointed out that U.S. coronavirus deaths surpassed the number of American fatalities in the Vietnam War.

"There's nobody that's taking it harder than me, but at the same time, I have to get this enemy defeated, and that's what we're doing," Trump said.

This message comes as Trump is pushing hard to ease state stay-at-home orders and resuscitate the U.S. economy, despite concerns that states aren't being careful enough as they reopen. He even acknowledged that "it's possible there will be some" lives lost as the country reopens.

"It's possible there will be some because you won't be locked into an apartment or a house or whatever it is," Trump said. "But at the same time, we're going to practice social distancing, we're going to be washing hands, we're going to be doing a lot of the things that we've learned to do over the last period of time."

VIDEO: Trump says it's 'possible there will be some' COVID-19 deaths as country reopens
EMBED More News Videos

David Muir sat down for an exclusive one-on-one interview with President Donald Trump on the coronavirus and U.S. response to the pandemic.

Trump has also argued that keeping the U.S. economy closed carries deadly costs of its own, such as drug abuse and suicides. 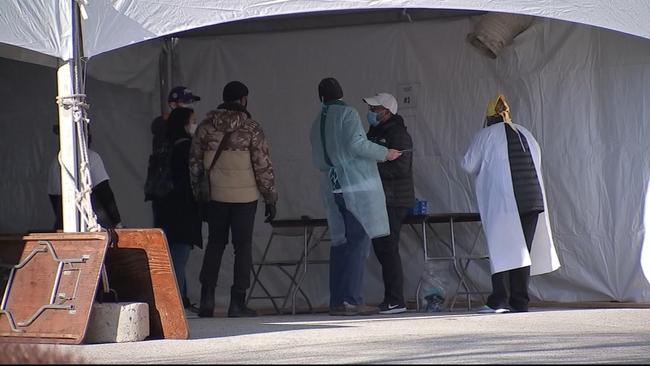 MLK Day of Service pivots to COVID-19 testing amid pandemic

Teen jailed in Cayman Islands for breaking quarantine is back in U.S.