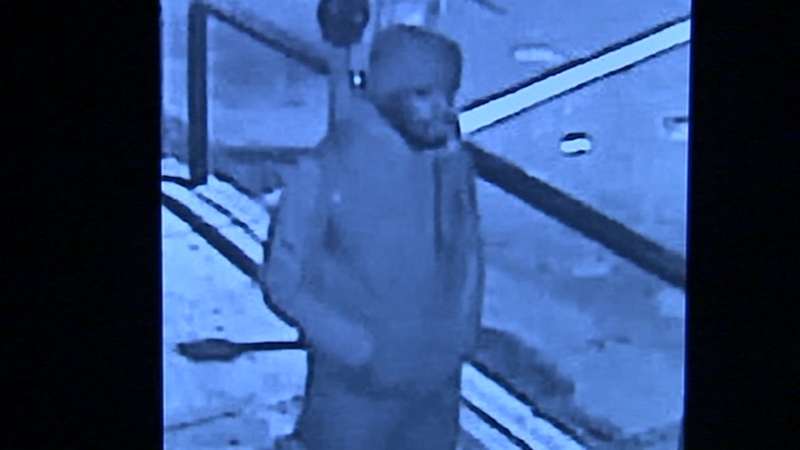 "Once again, there's too many bad guys with too many guns - that's the bottom line," said Upper Darby Police Superintendent Michael Chitwood.

It happened 2 a.m. Sunday morning in the area of the 700 block of Terminal Avenue in Upper Darby.

Surveillance video shows the man emerging from behind a parked car in an alleyway, and in classic hitman style, he sneaks up behind the victim and fires a shot.

The suspect then fled the scene on foot.

The 35-year-old victim from Media was seriously wounded, but survived the shooting.

Police say the victim and his girlfriend had just left a nightclub around the corner when they were attacked.

Investigators say they have found no connection between the victim and a negative lifestyle, and have no idea why this apparent stranger would attack him.

"It either looked like a hit, or because we have a pretty significant population of street people, it could be somebody with a mental illness issue. It was just random," Chitwood said.

The shooting victim is recovering in an undisclosed hospital.

He and his girlfriend, who was already in the car when the shooting happened, tell the same story, and are baffled as to why he was attacked.

The video shows there was no robbery attempt.

"He's very consistent with what the girl said. We interviewed them both - her through an interpreter. Their stories are very consistent," Chitwood said.

Police are asking you to take a close look at the suspect. If you have any information, you are urged to contact investigators.