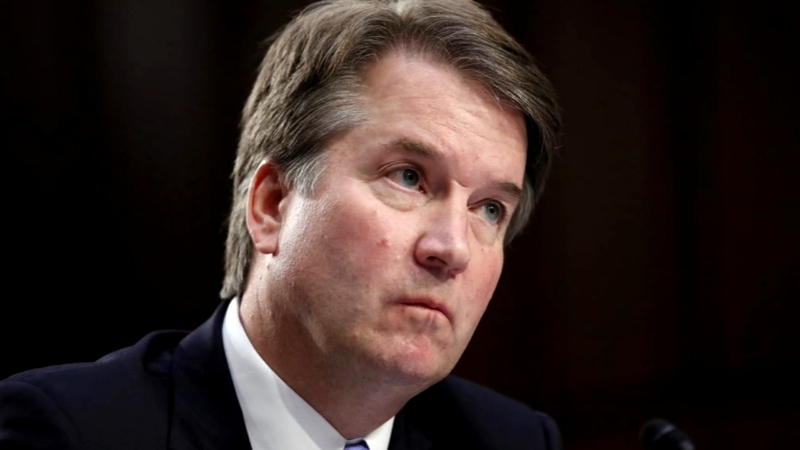 WASHINGTON -- The Republican staff for the Senate Judiciary Committee is requesting an immediate interview with the third woman who's accusing Supreme Court nominee Brett Kavanaugh of sexual misconduct.

GOP committee aides have emailed a letter to the woman's attorney, Michael Avenatti. They say they want to know immediately whether Julie Swetnick would agree to be interviewed by phone later Wednesday.

That would be just hours before the committee's scheduled hearing Thursday where Kavanaugh and initial accuser Christine Blasey (BLAH'-zee) Ford are set to testify.

She has claimed he sexually assaulted her at a high school party in the early 1980s.

Kavanaugh has denied allegations from three women of sexual misconduct.

Christine Blasey (BLAH'-zee) Ford says in prepared testimony to a Senate committee that she believes Supreme Court nominee Brett Kavanaugh tried to rape her at a party when they were teenagers.

Kavanaugh has said he never sexually assaulted anyone in high school or at any other time in his life, and he says he didn't even attend the party where Ford says she was assaulted.

Ford says in testimony for Thursday's Senate Judiciary Committee hearing that she was "terrified" to go public with her story. She says it's her "civic duty" to tell the senators what happened.

Trump says at a news conference in New York that he'll watch the testimony from Kavanaugh and a woman who's accusing Kavanaugh of sexual misconduct.

The president was asked about whether he might be persuaded to withdraw Kavanaugh's nomination. Trump said: "If I thought he was guilty of something like this ... yeah, sure."

Trump is calling Kavanaugh was "one of the highest quality people" he's ever met. The president insists the accusations are false and he's accusing Democrats of playing politics.