Man guilty of manslaughter in Stand Your Ground case in Florida 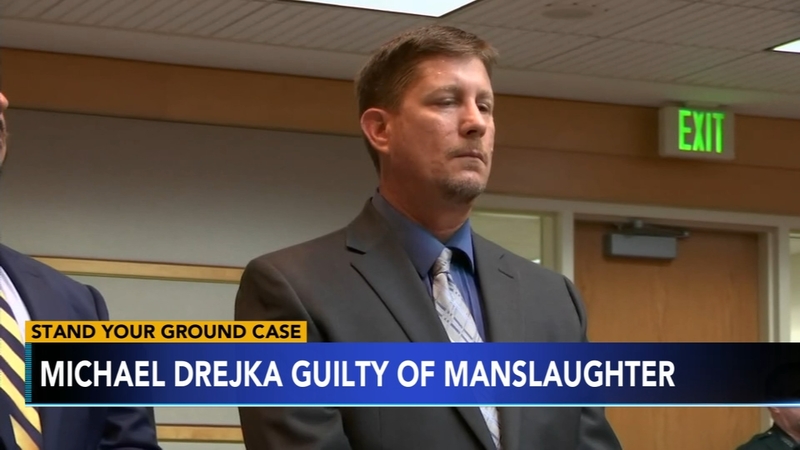 Man guilty of manslaughter in Stand your Ground case in Florida

A man in Florida has been found guilty of manslaughter in the 2018 killing of an unarmed father who was shot during a dispute over a handicap parking space.
EMBED More News Videos

Michael Drejka had argued he acted in self-defense, and initially invoked the controversial "Stand Your Ground" law.

The jury deliberated for six hours before finding him guilty Friday night.

Drejka will be sentenced in October.

Security video from the incident in July shows Markeis McGlockton push Drejka then step back after Drejka pulls out a gun.
EMBED More News Videos