Clinton: My 'skin crawled' as Trump hovered on debate stage 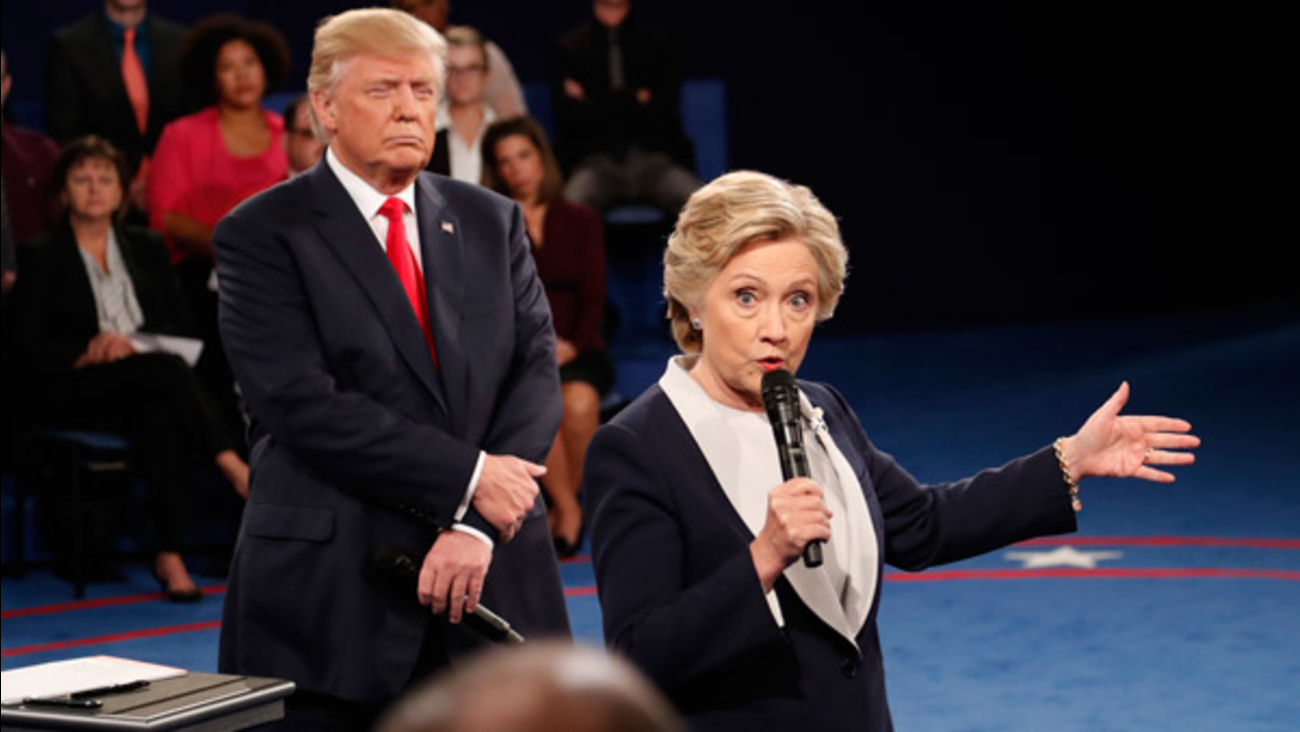 WASHINGTON -- Hillary Clinton says Donald Trump's pacing, hovering demeanor onstage during an October 2016 presidential debate made her so uncomfortable "my skin crawled." She says in her upcoming book that Trump shadowed her so closely she had to resist shouting out, "Back up you creep, get away from me."

The Democratic presidential nominee recounts her struggle to keep composed during that pivotal Oct. 9 faceoff in St. Louis less than a month before the election. Two days earlier, their bitter campaign was rocked by the release of footage in which Trump bragged aggressively about groping women.

During the town-hall style debate, the 6-foot-3 Trump repeatedly hovered over Clinton, who's closer to 5-foot-5, as she responded to questions.

In round 2 the gloves came off in the first moments of the 90-minute, town hall-style presidential debate.

"This is not OK, I thought," Clinton says in her audio narration of "What Happened," set for release Sept. 12. "It was the second presidential debate, and Donald Trump was looming behind me. Two days before, the world heard him brag about groping women. Now we were on a small stage and no matter where I walked, he followed me closely, staring at me, making faces. It was incredibly uncomfortable he was literally breathing down my neck. My skin crawled."

Clinton says, "It was one of those moments where you wish you could hit pause and ask everyone watching, 'Well, what would you do?' Do you stay calm, keep smiling and carry on as if he weren't repeatedly invading your space? Or do you turn, look him in the eye, and say loudly and clearly, 'Back up you creep, get away from me! I know you love to intimidate women, but you can't intimidate me, so back up.'"

"No, I didn't say that at all," Trump started. "I don't think you understood what was said."

Clinton says she "kept my cool, aided by a lifetime of dealing with difficult men trying to throw me off."

"Maybe I have overlearned the lesson of staying calm, biting my tongue, digging my fingernails into a clenched fist, smiling all the while determined to present a composed face to the world," Clinton says.

Excerpts of Clinton reading from the book aired Wednesday on MSNBC's "Morning Joe."