Eight Americans are among 12 people killed when a tour bus crashed in Mexico on Tuesday, officials said.

Two of the other fatalities were Swedes, one was Canadian and one was Mexican, said the tourism ministry of the Mexican state of Quintana Roo, where the crash occurred.

At least one minor is among the dead, according to the government of Quintana Roo.

Guests from two cruise ships were on the tour bus, Royal Caribbean said. The cruise ships -- the Celebrity Equinox and Serenade of the Seas -- both left Florida several days ago.

"Our hearts go out to all those involved," Royal Caribbean spokesman Owen Torres said. "We are doing all we can to care for our guests, including assisting with medical care and transportation."

The U.S. State Department said in a statement, "We express our heartfelt condolences to all those affected by this tragedy. We are in contact with local authorities, and will continue to monitor the situation. We have staff on the scene and at local hospitals to assist victims and loved ones."

American Carrie Vanrenterghem, who traveled with her two daughters to the same excursion on a bus directly in front of the one that crashed, said she saw the bus being towed away on their way back from the Mayan ruins.Vanrenterghem said that one of the sides of the bus was "smashed" after it fell on its side and that the "whole windshield was gone."

"You could tell that somebody had probably gone ... through the windshield," she said, describing the scene as a "hard" sight to see. 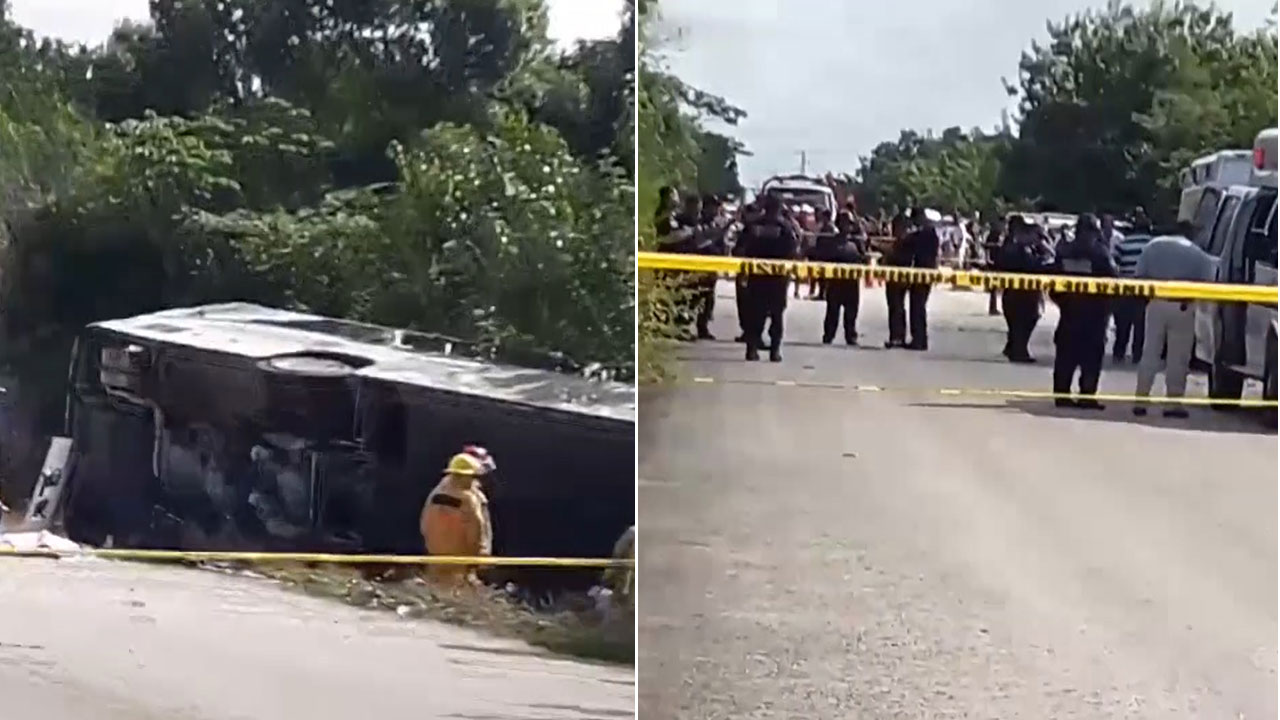 More than 700 US flights canceled as winter weather moves in