Delivery without drivers: Domino's, Ford team up for test 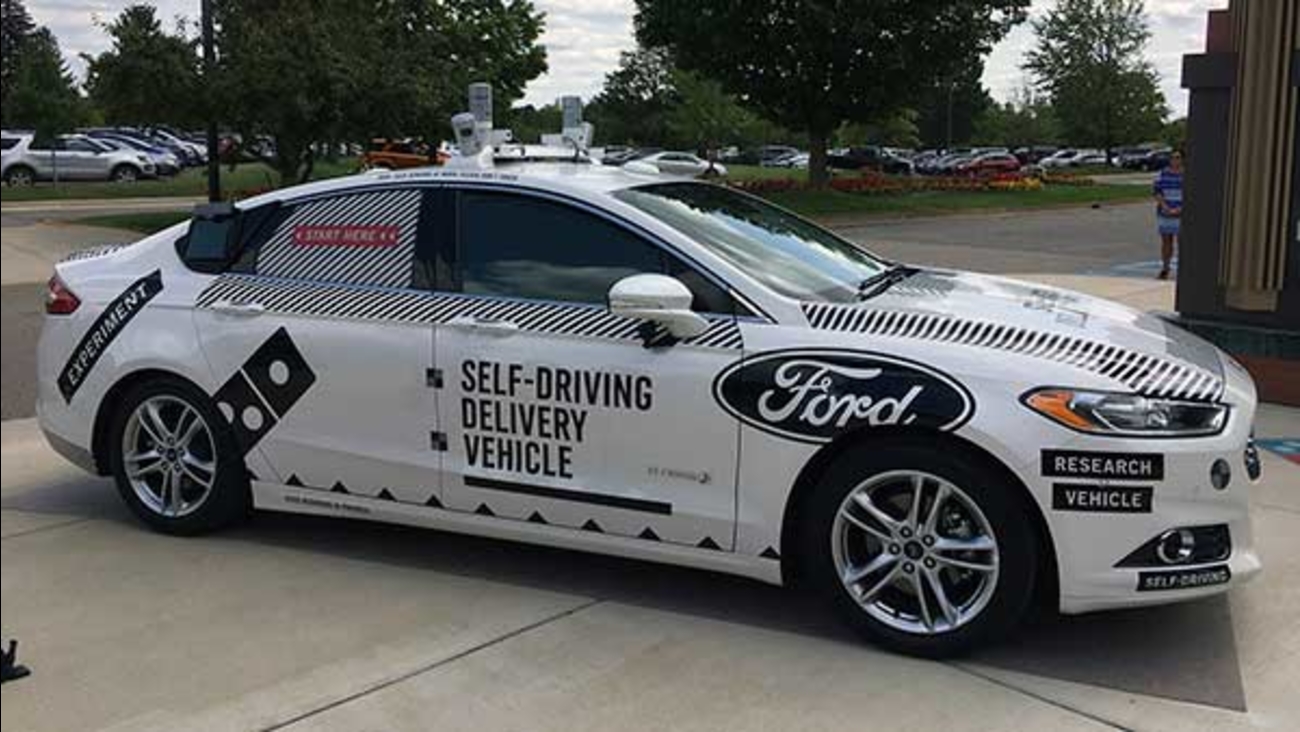 ANN ARBOR, Mich. -- No ring of the doorbell, just a text. No tip for the driver? No problem in this test, where Domino's and Ford are teaming up to see if customers will warm to the idea of pizza delivered by driverless cars.

Starting Wednesday, some pizzas in Domino's hometown of Ann Arbor will arrive in a Ford Fusion outfitted with radars and a camera that is used for autonomous testing. A Ford engineer will be at the wheel, but the front windows have been blacked out so customers won't interact with the driver.

Instead, people will have to come out of their homes and type a four-digit code into a keypad mounted on the car. That will open the rear window and let customers retrieve their order from a heated compartment. The compartment can carry up to four pizzas and five sides, Domino's Pizza Inc. says.

The experiment will help Domino's understand how customers will interact with a self-driving car, says company President Russell Weiner. Will they want the car in their driveway or by the curb? Will they understand how to use the keypad? Will they come outside if it's raining or snowing? Will they put their pizza boxes on top of the car and threaten to mess up its expensive cameras?

"The majority of our questions are about the last 50 feet of the delivery experience," Weiner told reporters last week.

Domino's, which delivers 1 billion pizzas worldwide each year, needs to stay ahead of emerging trends, Weiner says. The test will last six weeks, and the companies say they'll decide afterward what to do next. Domino's is also testing pizza delivery with drones.

Weiner said the company has 100,000 drivers in the U.S. In a driverless world, he said, he could see those employees taking on different roles within the company.

Ford Motor Co., which wants to develop a fully driverless vehicle by 2021, said it needs to understand the kinds of things companies would use that vehicle for. The experiment is a first for Ford. But other companies have seen the potential for food deliveries. Otto, a startup backed by Uber, delivered 50,000 cans of Budweiser beer from a self-driving truck in Colorado last fall.

"We're developing a self-driving car not just for the sake of technology," said Sherif Marakby, Ford's vice president of autonomous and electric vehicles. "There are so many practical things that we need to learn."

Only one car will be deployed in Ann Arbor, and it has a special black-and-white paint job to identify it as a research vehicle.

Customers in the test area will be chosen randomly when they order a pizza, and will get a phone call to confirm they want to participate. If they agree, they'll get a text message letting them know when the vehicle is pulling up and how to retrieve their food.