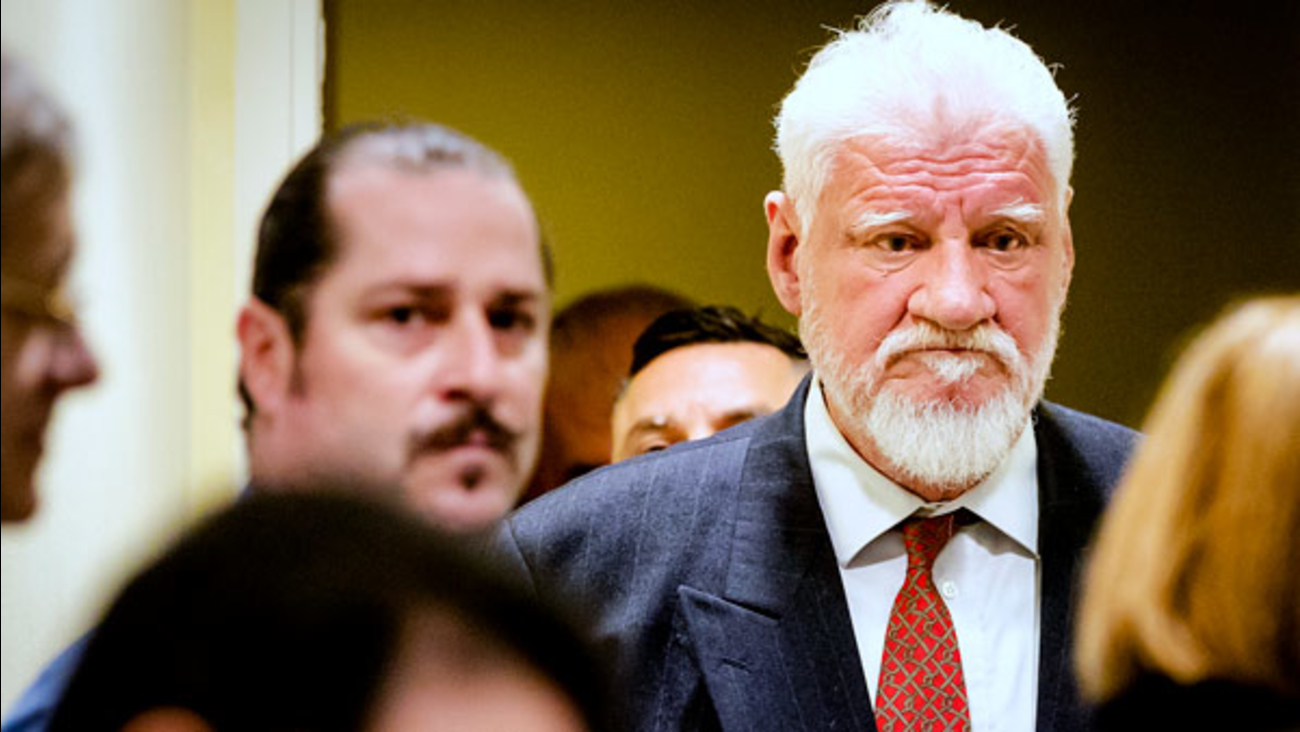 THE HAGUE, Netherlands -- A spokesman for a United Nations' war crimes court has confirmed that a former Bosnian Croat general died in a Dutch hospital shortly after drinking a liquid in a courtroom where judges had just confirmed his 20-year sentence.