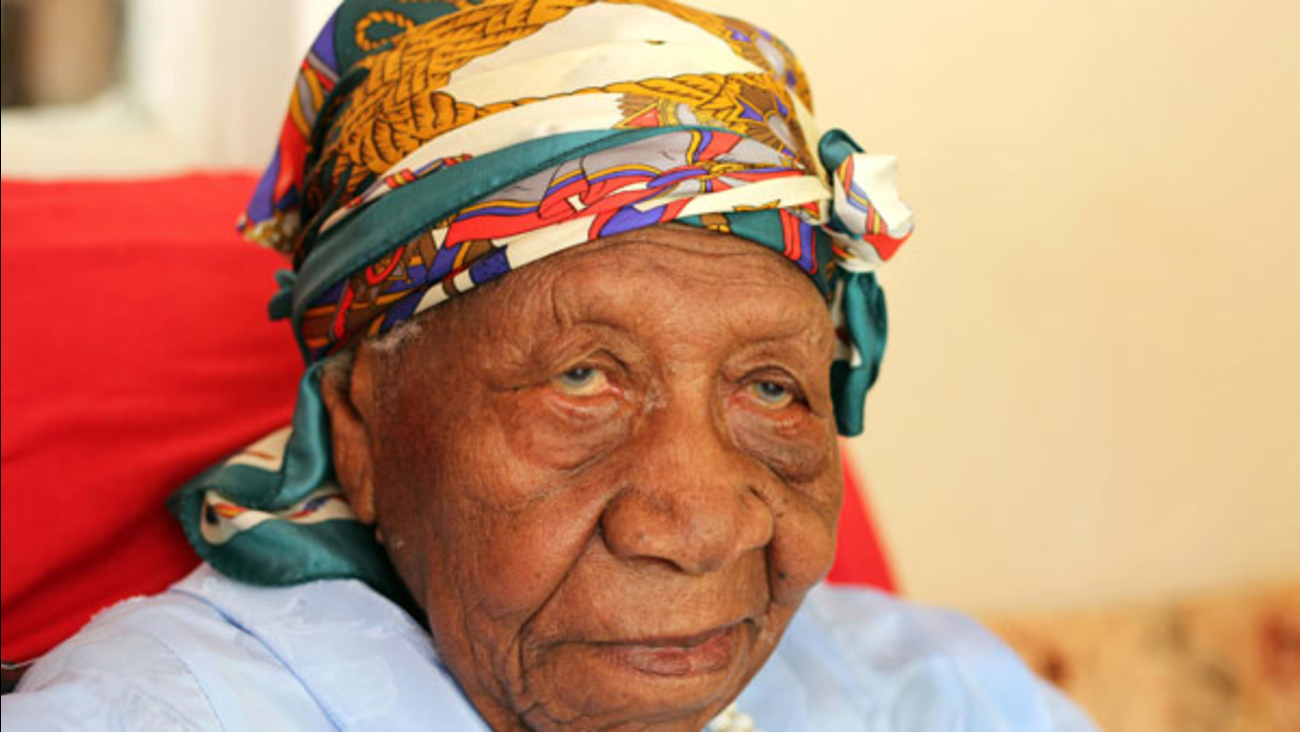 The woman known as "Aunt V" died Friday at a local hospital, where she had been treated for heart arrhythmia and dehydration.

With her death, the Gerontology Research Group lists Nabi Tajima of Japan was the oldest surviving person. She was born on Aug. 4, 1900.

Brown was born Violet Moss - or Mosse: Both spellings were sometimes used - on March 10, 1900, and spent much of her life cutting sugar cane near her home in the Duanvale district in western Jamaica.

A biography posted on the website of a foundation named in her honor said she was baptized at age 13 at the Trittonvale Baptist Church and remained a member throughout her life, long serving as organist. She credited her longevity to hard work and her Christian faith.

Her husband Augustus Brown died in 1997 and the eldest of her six children died in April at age 97.

In an interview this year with The Associated Press, Brown said she was surprised but grateful to have lived so long.

"This is what God has given me, so I have to take it," she said.
----------
Send a breaking news alert
Report a correction or typo
Learn more about the 6abc apps
Related topics:
societyoldest womanu.s. & world
Copyright © 2022 by The Associated Press. All Rights Reserved.
TOP STORIES
What is monkeypox? What to know after US confirms 1st 2022 case
Delco bus driver accused of taking upskirt photos of students
Rise in brazen thefts force convenience stores to close
5 people shot in North Philadelphia near Temple University
Ford recalls SUVs due to engine fire risk
Newlyweds mark big day with fiery stunt
Video shows gunman wanted for shooting pregnant woman in West Philly
Show More
Grand jury indicts man in Buffalo supermarket shooting
Travel experts anticipate transportation rebound Memorial Day weekend
AccuWeather: Heating Up Next Few Days
Oz, McCormick locked in tight race. Could a recount be triggered?
1st monkeypox case in US this year reported in Massachusetts
More TOP STORIES News