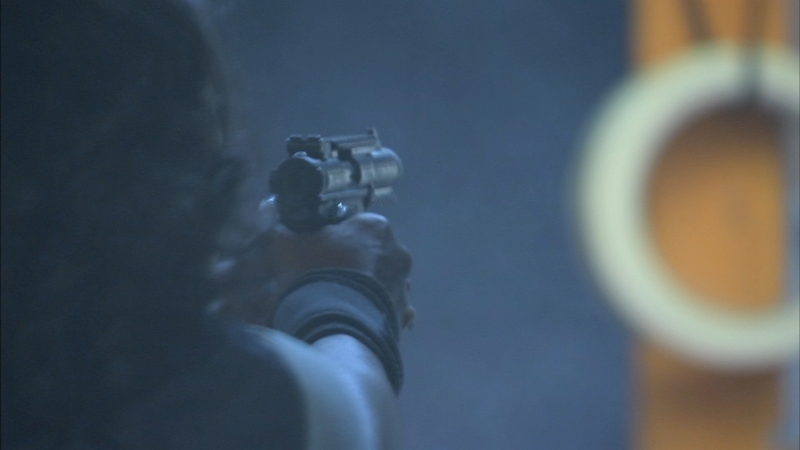 She was not alone.

The Spring Garden location was filled with people from all walks of life shooting targets, some with vast experience and others who are just learning how to shoot.

Santana is a first-time gun owner.

"I've never thought about getting a gun before, but just with everything going on is just concerning," said Santana.

Operator Yuri Zalzan ran down a list of people who visit the Gun Range you may never have expected.

"I get a lot of college professors, I get teachers, I get high school principals, people that you would never equate with handguns," said Zalzman.

Connor Efimov of Bucks County said he doesn't want to be unarmed in the remote chance he may be the target of a mass shooter.

"Nobody needs to be a hero, but if the time comes, you feel much better about yourself as opposed to just being another target," said Efimov.
But some gun owners said it's not just the mass shootings, but just crime itself that has caused them to own and learn how to shoot a gun.

"Anything could happen at any time so you just have to be prepared for everything, but you gotta do it the right way," said Cornell Kelley of West Philadelphia.

And Santana added, "If I have to, at least I'll feel secure in the fact I know how to do that and know how to be safe."

Zalzman is intrigued by the notion of red flag legislation being talked about in Washington.

"It's not a bad idea because we can't keep blaming an inanimate object. We have to finally turn around and say, 'Well, who's behind the machine? And how do we turn and head them off at the path?'" he said.

But he and others worry such laws could be a very slippery slope.

"With these new red flag laws, the big issue is not that you're messing with the 2nd amendment, you're starting to mess with the 4th and 5th amendments, right to due process, preventing the government from searching your property and taking your property without consent," said Efimov.
And you can expect that debate will continue in the coming months ahead, not just in Washington, but across the country.
Report a correction or typo
Related topics:
spring garden (philadelphia)philly newssecond amendmentgun violencegun lawssales
Copyright © 2021 WPVI-TV. All Rights Reserved.
TOP STORIES
Omicron variant seems like weaker cousin to Delta, doctor says
2 dead after stabbing in Delaware; suspect caught after car crash
1st case of omicron variant detected in New Jersey
NJ family in shock after ice crashes through home
Philadelphia resident tests positive for Omicron variant
Parents of alleged MI school shooter arrested, authorities say
Catholic school in Kensington burglarized, vandalized
Show More
Upper Darby shooting spree suspect charged with murder
Man killed in road rage shooting was in newly-purchased car
Authorities release new details in the murder of a Berks Co. man
Union fans hoping for big win at Eastern Conference Finals
New area code coming for Philly suburbs, Lehigh Valley
More TOP STORIES News