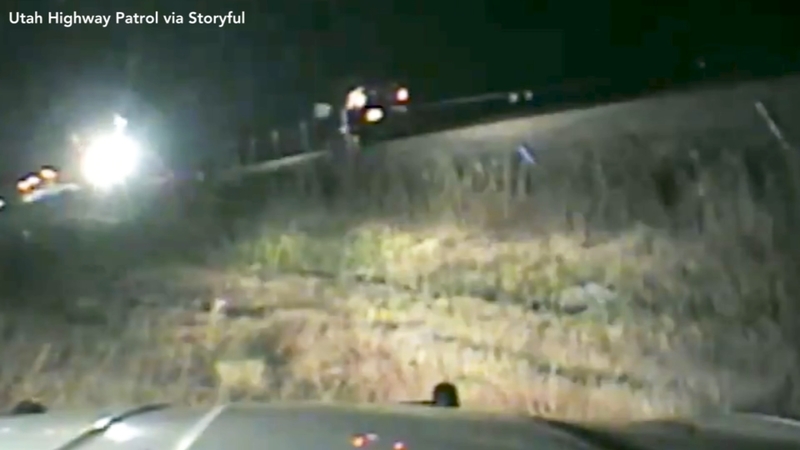 CENTERVILLE, Utah -- Video captures an incredible rescue by a Utah Highway Patrol trooper as he pulled a man from his vehicle and narrowly saved him from an oncoming train.

The incident occurred in Centerville around 6:45 a.m. on October 16th.

According to local reports, Trooper Ruben Correa saw the man's vehicle parked on the tracks and rushed forward to assist the driver, who was unconscious.

Correa pulled the driver out of the vehicle just in time.

The dashcam video, released by the Utah Highway Patrol, shows the pair barely escape the tracks as the oncoming train smashed into the driver's vehicle.

In a press conference later that day, Correa stated that the driver had been suffering from a "possible unknown medical condition".

He said the train had been moving at about "50 to 80 miles per hour" and sent the driver's vehicle flying about "30 feet".