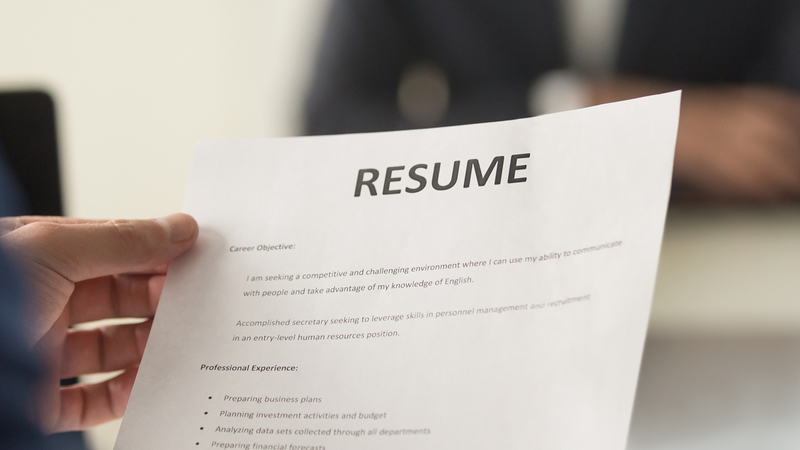 A woman who lied on her resume and faked "glowing" references to land a high-paying job with an Australian regional government has been sentenced to at least a year in prison.

Veronica Hilda Theriault, 46, was convicted Tuesday of deception, dishonesty, and abuse of public office, relating to her 2017 application for the chief information officer role, which came with an annual salary of 270,000 Australian dollars (US$185,000).

Theriault worked in the position with South Australia's Department of the Premier and Cabinet for over a month and earned about 33,000 Australian dollars ($22,500) before being fired.

She pleaded guilty to all charges and received a 25-month sentence with a non-parole period of a year.

The court heard that she submitted a fraudulent resume to the department with false information relating to her education and prior employment. After she was granted an interview, she also posed as a previous employer during a reference check, in which she "gave glowing feedback" about her own performance.

But the lies didn't end there. In earlier submissions, the court heard that Theriault used a photo of supermodel Kate Upton as her LinkedIn profile photo, according to CNN affiliate 7 News.

And after starting the position in August, she was found to have hired her brother, despite him lacking the qualifications to perform the role.

Her case became suspicious to the department after her mental health deteriorated shortly after she started working in the position.
In his sentencing remarks, Judge Michael Boylan said he had taken Theriault's mental health into account, but he added that the charges were "serious" and there was an element of planning in her deceitful conduct.

"You fraudulently obtained employment for which you were paid a large salary and in the course of which you may have had access to sensitive material," he said.

Theriault's defense counsel previously told the court that she was "deeply ashamed and embarrassed" by the revelation, and her crimes involved a "unique set of circumstances that were unlikely to be repeated," according to 7 News.

The court was also told she had previously used resumes with false information to obtain employment at two companies in 2012 and 2014.

CNN has reached out to the Department of Premier and Cabinet for comment.