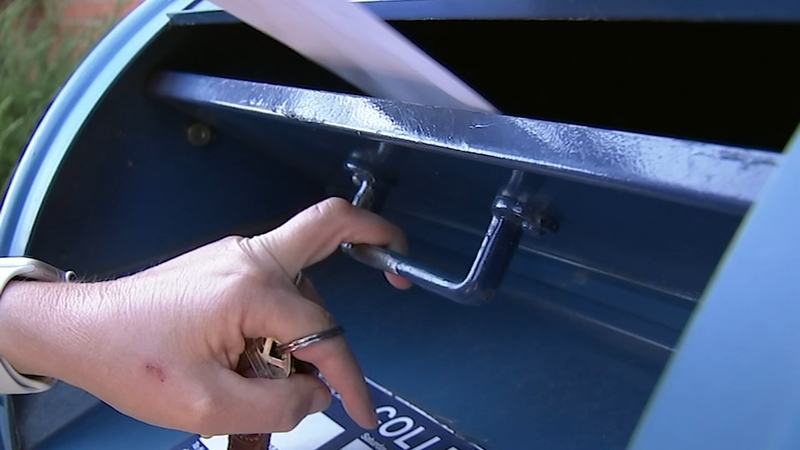 PHILADELPHIA (WPVI) -- According to Pennsylvania officials, 20% of mail-in ballots for this election have already been cast.

"I requested a mail ballot, and then I dropped it off at the satellite location, because it seemed to me like I was able to cut out the middleman, I don't have to worry about the post office, I can hand my ballot to an election worker puts, it in the box, feel safe and secure, and it's going to get counted."
Report a correction or typo
Related topics:
politicspennsylvaniavoting2020 presidential electionelectionabsentee ballot
Copyright © 2022 WPVI-TV. All Rights Reserved.
VOTING
Democrats fail to pass voting rights legislation in Senate
Voting bill collapses, Democrats unable to change filibuster
Biden backs filibuster changes to push voting rights bill
Local pastor among faith leaders on hunger strike for voting rights
TOP STORIES
AccuWeather: Frigid Start
Montco health department ties 10 hepatitis A cases back to restaurant
Grocery stores faced with heavy impacts amid supply chain issues
Temple U updates mask guidelines ahead of students' return to campus
Police officers, good Samaritan lift SUV off trapped woman
Laundrie claimed responsibility for Petito's death in notebook: FBI
Conjoined twins separated at CHOP after 10-hour surgery
Show More
Police investigate 2 fatal hit-and-runs in Pennsauken
Social media photo of student with gun prompted school lockdown
Real estate group offers aid to help minorities enter industry
Youth group aims to secure funding to stay afloat in Kensington
Police: 14 stolen catalytic converters recovered in Bucks County
More TOP STORIES News