Police said the stabbing happened in the parking lot of the store on the 1600 block of S. Christopher Columbus Boulevard.
WPVI
By 6abc Digital Staff 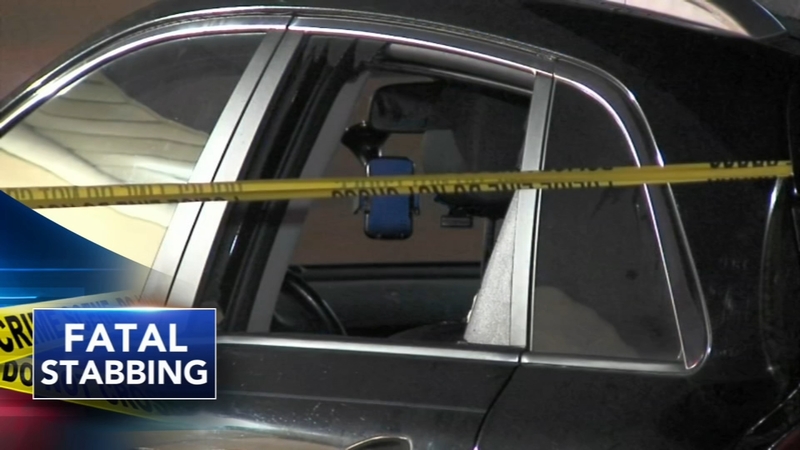 PHILADELPHIA (WPVI) -- A man was found dead of stab wounds inside a vehicle at a Wawa store in South Philadelphia, but the circumstances of his death remain unclear.

It happened in the parking lot of the store on the 1600 block of S. Christopher Columbus Boulevard.

Police say the victim, a 50-year-old man, went into the Wawa just before 2 a.m. to buy food. He returned to his Kia SUV and ate the food in the driver's seat.

Customers then alerted a security guard at about 4:25 a.m. that someone needed to check on the man in the vehicle.

Fire and EMS crews broke the back driver's side window to gain access to the car, police said.

According to police, the man was stabbed in the abdomen and was rushed to Jefferson University Hospital where he was pronounced dead.

Police are now using store cameras to get a better description of a possible suspect and motive for the stabbing.

The vehicle had an Uber sticker on the front window, but it's unclear if the victim works for the company, investigators said.

Action News reached out to Uber with the vehicle information. A spokesperson said, based on that information, the Kia's last ride was on Friday and not in the area of South Philadelphia.

The Wawa store was closed for a few hours while police investigated.

"This is our corner store. Basically, we live around here and we come here all the time," said Lynda Riley who has lived blocks away for years. Riley and her son said it's not the first time police have been called to the area for crime.

In October, police responded to the same Wawa after gunfire erupted in the parking lot leaving a 35-year-old man dead.

"Ever since I found out about the shooting that happened, I think it was October, I don't come out here at night no more," said James Riley. "It's sad I gotta watch my back when I'm walking to the store no matter what time it is. It's not worth it to get something to eat... you can lose your life."
Report a correction or typo
Related topics:
south philadelphiacrimestabbingphiladelphia police
Copyright © 2022 WPVI-TV. All Rights Reserved.
STABBING
Teen charged with attempted murder after Coatesville High stabbing
Suspect in stabbing at Coatesville High School surrenders to police
30th St. Station worker recalls stabbing: 'I sprayed him with Windex'
Man stabbed in Northern Liberties, police say
TOP STORIES
Police: Triple shooting leaves 1 dead in West Oak Lane
One man dead after West Philadelphia shooting
AccuWeather: Spotty Showers Today
Officials ID 5 killed in Pottstown explosion; most were children
Official admits police made 'wrong decision' in TX shooting
Victim of elementary school attack says it could have been prevented
Police: Store owner robbed, assaulted with brick in North Philly
Show More
Dann Cuellar retires after 34 years at Action News
Another Trenton, NJ firehouse hit by gunfire
Rainy start to Memorial Day weekend at the Jersey Shore
Bank employees help kidnapped woman after she asks for loan
Massacre survivor says gunman told them: 'You're all gonna die'
More TOP STORIES News