Code Blue issued across Philadelphia area due to frigid temperatures 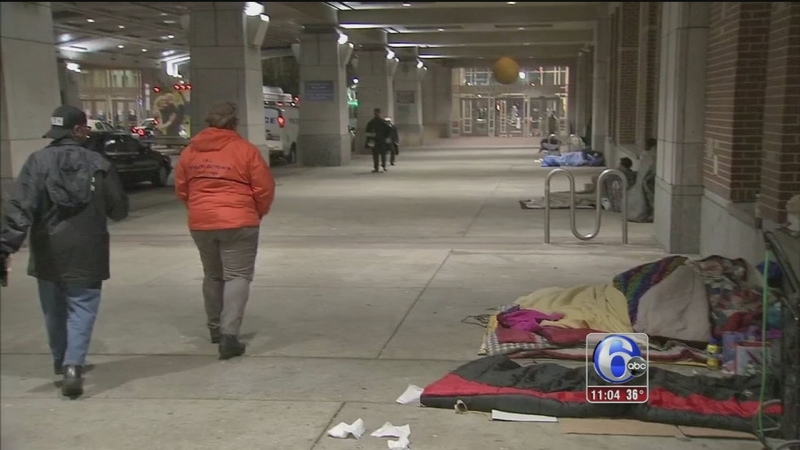 A Code Blue has been issued for Philadelphia, Montgomery and Bucks counties due to the frigid temperatures forecast over the next few days.

Philadelphia's Office of Homeless Services has declared the second Code Blue of the winter season, effective Wednesday at 6 p.m. through next Wednesday, Dec. 21, at 6 a.m., in an effort to prevent weather-related deaths among people experiencing homelessness during dangerously cold temperatures.

When temperatures plummet, Kanika Stewart-Jones and Loretta Fox take on the often difficult task of convincing the city's homeless to head to a warming shelter. They're one of six teams working with the city's Outreach Coordination Center.

"It's like second nature to me. I know that when the cold comes I need to be out here basically saving lives," said Stewart-Jones, Project HOME.

We followed Stewart-Jones for a couple of hours Wednesday night in Center City.

"I have plenty of blankets and jackets. I'll be warm enough. I'll be alright. Thanks," said Patrick, homeless.

After seven years on the job, Stewart-Jones says the "No's" are still hard to accept.

"Because it makes you say, 'If he doesn't come in, what's going to happen?' " said Stewart-Jones.

The chronically homeless are the most difficult to convince.

"Some people have adapted, and they have their survival skills, and they utilize them," said Stewart-Jones.

Only one out of nearly a dozen accepted a ride to a homeless shelter or warming center.

"I was cold and hungry, and I was just at the giving up stage," said Benny, Center City.

City officials urge residents who see a person living on the street to call Homeless Outreach at 215-232-1984. Homeless outreach teams are available 24 hours a day, 7 days a week.
The Code Blue Declaration for Montgomery County has been issued for the period beginning at 9 p.m. Wednesday through 12 p.m. on Saturday, Dec. 17.
The Code Blue declaration in Bucks County will cover the period of 7 p.m. through 7 a.m. on Saturday, Dec. 17.