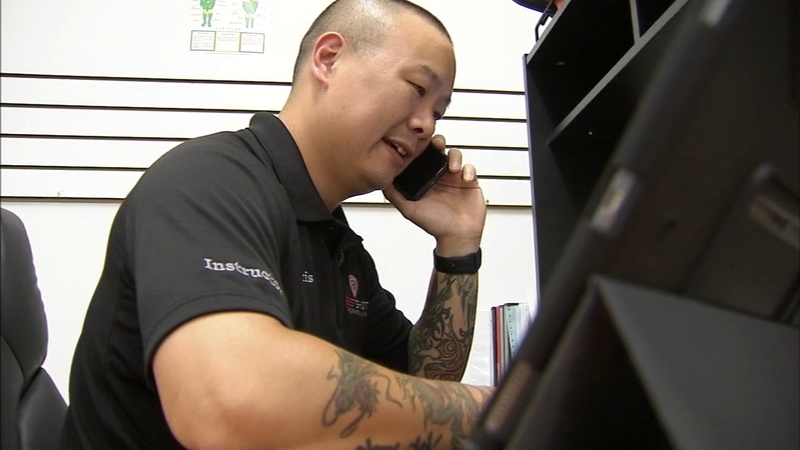 RIO GRANDE, N.J. (WPVI) -- One South Jersey man, who filled an entire tractor-trailer with supplies for people impacted by Hurricane Harvey, is answering the call for help again.

Chris Chin is taking a break from his day job at United Uniform in Rio Grande to spearhead a donation drive for the millions in the path of Hurricane Florence.

"This storm is something we've never seen. I don't think anyone's ever seen on the east coast," he said.

Chin helped coordinate a relief effort after Hurricane Harvey hit in 2017. The Action Cam was there as volunteers loaded up much-needed supplies bound for Houston.

Chin wants to do the same for those in the Carolinas and Virginia. And is again calling on his neighbors in South Jersey to help.

"Building on what we did last year with Hurricane Harvey, it was successful. We saw the benefits of that. We saw the people we were able to help so at this point even though the storm hasn't hit, let's get on the ball," he said.

Much like last year, Chin is looking for donations of water, non-perishable food, batteries, diapers, formula, and a truck to haul it all.

He plans to deliver the goods himself late next week.

It's a massive undertaking .and although he's more than 900 miles from the storm, Chin says he can't turn his back on those in need.

"I know in Superstorm Sandy, we didn't get hit too bad down here but we were close enough to it and I know what that feeling is like and we would hope when we need it, people are going to be there for us," said Chin.

Donations will be accepted here at United Uniform in Rio Grande and at Philly Hair Works in Egg Harbor City.