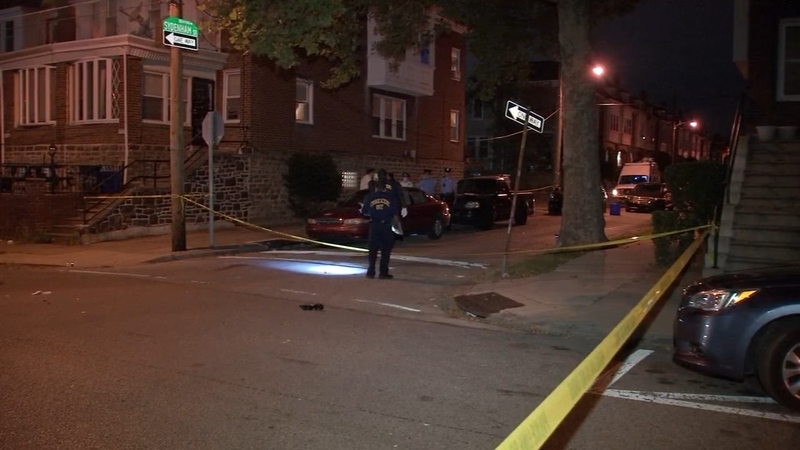 It happened around 8:30 p.m. on Wednesday night on the 6700 block of North Sydenham Street.

Police said at least 35 shots were fired and one of the bullets went into a nearby home where six people including children were inside.

A 39-year-old man was shot multiple times and subsequently died.

Investigators said no one inside of the house was injured.

Police said two suspects drove away from the scene.