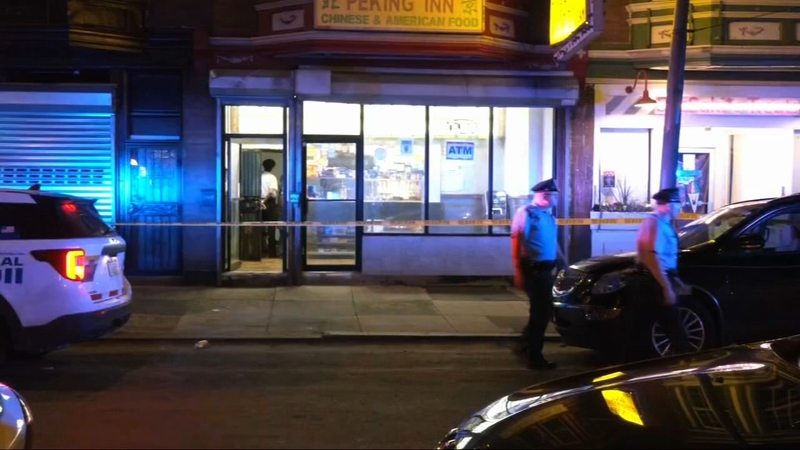 A 27-year-old cook was shot twice in the leg as he left work at a restaurant on the 4900 block of Catharine Street around 10:30 p.m. Monday.

When police arrived, they noticed a blood trail stretching a full block.

That led officers to a 28-year-old man who had been shot four times.

Police say they found a gun near him.

He was taken to the hospital in critical, but stable condition.

The 28-year-old is also in custody for questioning.