What is aphasia? Bruce Willis announcement sheds light on disorder with many causes 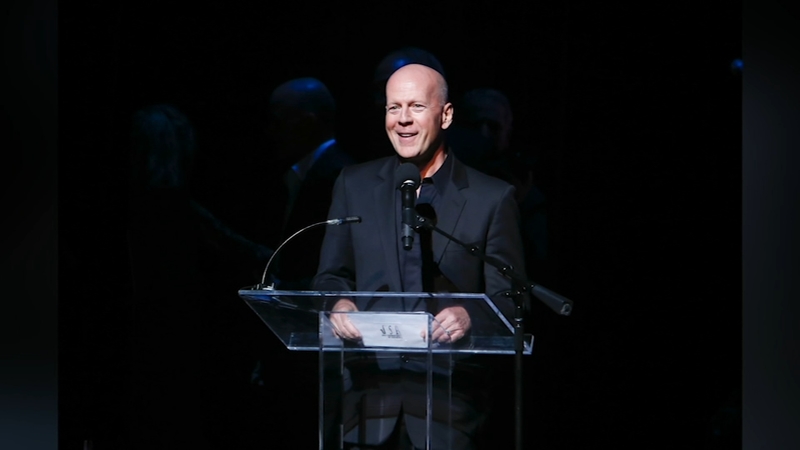 What is aphasia? Bruce Willis announcement sheds light on disorder with many causes

CHICAGO -- It would be easy to think of Bruce Willis as indestructible; that is, after all, the image the movie star cultivated for so many years on the big screen.

So it was a shock to many when Willis's ex-wife Demi Moore took to Instagram, on behalf of the entire family, to announce he is suffering from a loss of language function known as aphasia.

READ MORE: Bruce Willis 'stepping away' from his acting career after being diagnosed with aphasia, family says

"It's a language disorder, or a loss of language. An individual with aphasia is going to have difficulty communicating verbally," explained Michelle Armour, program lead clinician at the Northwestern Medicine Aphasia Center at Marianjoy.

A stroke, tumor, head injury or other damage to the language centers of the brain can cause aphasia. A brain infection or Alzheimer's disease can trigger it. The National Aphasia Association estimates 2 million Americans are affected and nearly 180,000 get the disorder every year.

"No matter what, it's a devastating impact on the person's life," Armour said. "The inability to communicate can affect our social relationships, our personal relationships with family."

Doctors say aphasia is a symptom, not a diagnosis, and it comes with varying degrees of severity.

"It's common to have aphasias after a stroke because that's one of the most common forms of brain disease, but really any type of brain disease, if it affects the language networks in the brain it can cause aphasia," said Dr. Joseph Cooper, associate professor of clinical psychiatry at UIC.
But while aphasia affects a person's ability to process language, it does not affect their intelligence. Researchers say in some cases through treatment it can enhance other talents.

"There's so much in the brain that we can enjoy and live in ways that, you know, you can totally forget about the language," said Borna Bonakdarpour, assistant professor of neurology at Northwestern University.

Some people improve dramatically in a few months. Others may need to find other ways to communicate. Speech and language therapy can help, but any treatment will depend on entirely on what caused the aphasia to begin with.

Bonakdarpour reminded those impacted by aphasia that even if there is no cure yet, there is treatment and with that hope.

Bruce Willis's announcement he has aphasia has shed light on a little-known condition that has many possible causes.

"We will find the joy, even in the middle of all the negative aspects of a condition," he said.

Both experts who have been working to treat, connect and eventually cure aphasia patients said the Willis family statement is key to their work.

"The more people that know about it, the more support all of the individuals with aphasia can receive, which is so important," Armour said.

Details of what brought on Willis's condition were not made public.

In the social media statement, Moore said, "We are moving through this as a strong family unit, and wanted to bring his fans in, because we know how much he means to you, as you do to him. As Bruce always says, 'Live it up' and together we plan to do just that."