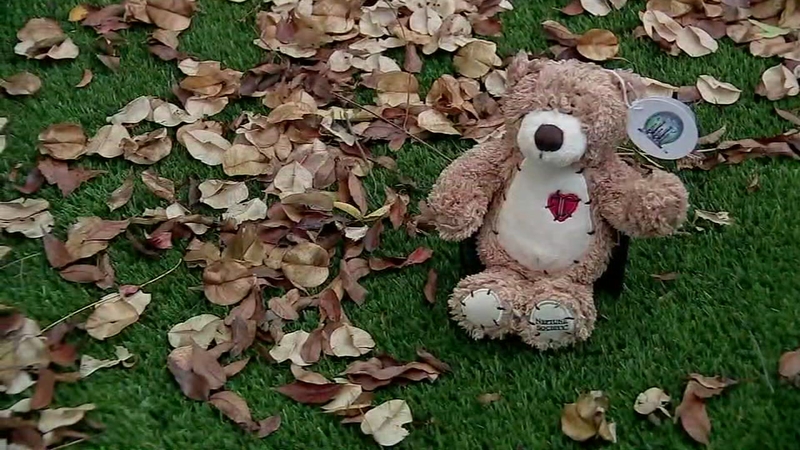 HOUSTON, Texas (WPVI) -- A white elephant gift exchange has led a Houston woman to play a real-life version to reunite a family with the gift she received.

Two weeks ago, Rakhi Desai went to a holiday party and received a stuffed animal during a gift exchange.

"The way it ended up, nobody tried to steal this from me," Desai recalled.

She took it home, and thought nothing of it. Two weeks later, she decided to learn more about the brown bear with the stitched heart.

The words "Neptune Society" are on its foot. A quick online search revealed it wasn't any ordinary bear.

"I read that and then I started to feel, and it's almost like little pebbles or rocks," Desai said.

After discovering what was hidden inside, the bear's tag made sense.
"I hope I can bring you comfort in whatever life brings your way," Desai read.

It then clicked. Desai realized the bear was filled with someone's remains.

"It seems to be that this bear is very special to somebody and belongs in somebody's family," Desai said.

Desai said her friend got the bear from an estate sale, but she doesn't know when and where she got it.

Desai called the company listed on the bear's foot.
"They don't track them, and there's no way for them to know who this belongs to," Desai said.

The bear has a name on its tag. Desai is hoping the owner can tell her what it is so she knows it's the right family.

After getting the bear at a holiday party, she now hopes this real-life white elephant exchange will reunite the bear with its owner.

"Miracles happen every day," Desai said. "So, if there's a positive end to this story, that would be great."