Yankees, White Sox to play game on 'Field of Dreams' field in Iowa next season 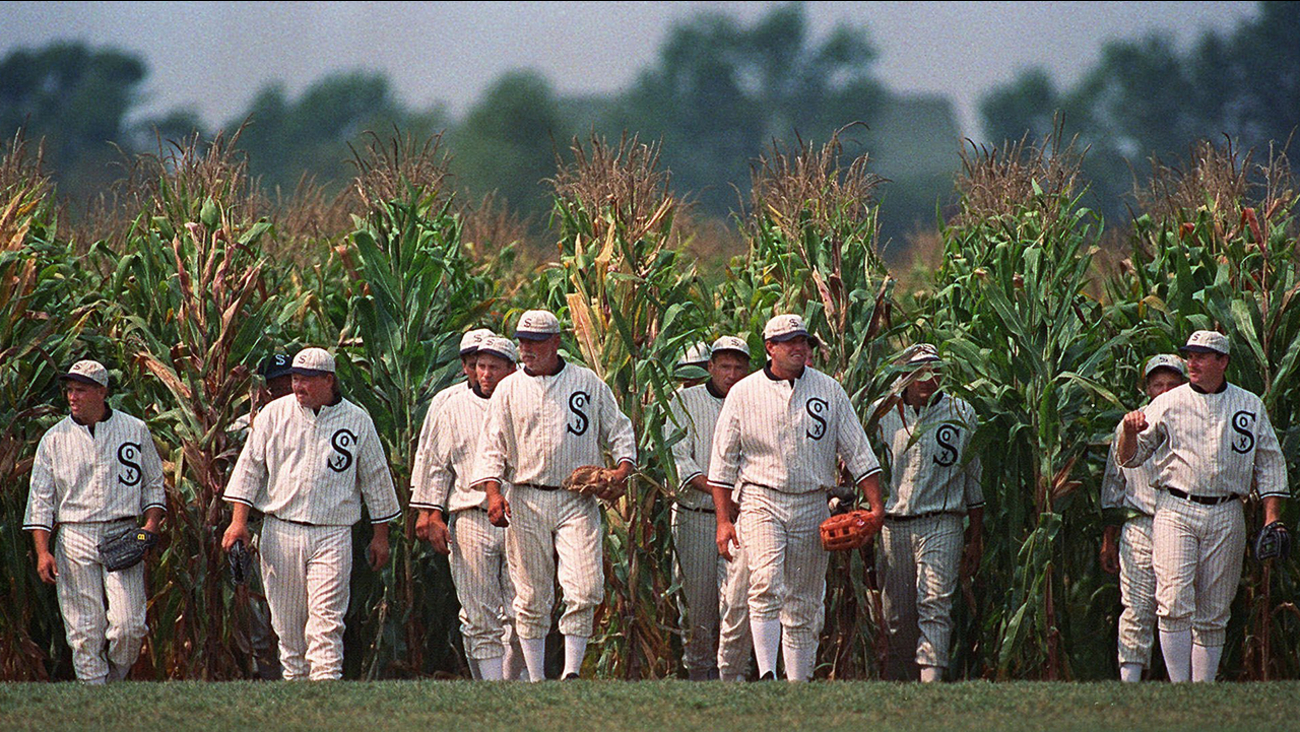 Ghost Players emerge from the cornfield at the "Field of Dreams" movie site in Dyersville, Iowa, in this undated file photo. (AP Photo/Charlie Neibergall)

NEW YORK (WPVI) -- The New York Yankees and the Chicago White Sox will go the distance to play in Iowa next season on the site where the movie "Field of Dreams" was filmed, MLB announced Thursday.

A temporary 8,000-seat ballpark will be built in the corn on the Dyersville farm site where the 1989 movie was filmed. The Yankees and White Sox will then come for the game on August 13, 2020.

The #WhiteSox are excited to partner with @MLB to host the first-ever major-league game at the Field of Dreams in Iowa! This game will be against the New York Yankees on August 13, 2020. pic.twitter.com/hco3e6tCqu

"As a sport that is proud of its history linking generations, Major League Baseball is excited to bring a regular season game to the site of Field of Dreams," Commissioner Rob Manfred said. "We look forward to celebrating the movie's enduring message of how baseball brings people together at this special cornfield in Iowa."

Construction on the temporary ballpark will start next Tuesday, MLB said. The design of the ballpark will pay homage to the Comiskey Park, where the White Sox played from 1910 to 1990.

The right field walls will include windows to show the cornfields around the ballpark and fans will walk along a pathway through the cornfield to get to the baseball diamond.