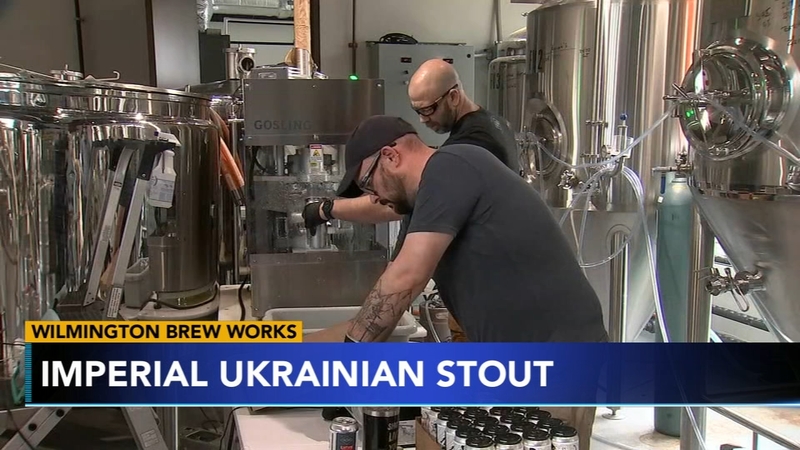 WILMINGTON, Delaware (WPVI) -- Searching for a way to help with the humanitarian crisis in Ukraine, a Wilmington brewer is now standing in solidarity.

Wilmington Brew Works found a unique way to step up by producing a unique kind of beer.

It's now brewing one of the beers made by Ukraine's Pravda Brewery in Lviv.

Pravda stopped its own brewing production and shifted to making weapons to wage war against Russia.

"I just thought, 'Man, that's a stroke of genius right there.' These guys are very dedicated to the cause because, you know, the Russians are not very kind to people that stand up to them. These brewers are literally putting their necks on the chopping block in order to help their country."

All of the proceeds of the Imperial Ukrainian Stout will directly support the Ukraine Army.

Brewing starts next week, and it will be ready to drink in April.

"We're actually using the label and the name that Pravda Brewing put out there with the recipe," Wensell said. "It's the Sam and Don rivers, the two main rivers that flow through Ukraine, one East, one West. We're just going to go right out of the box with their imagery, with their labels."

The beauty of this story is that when Wensell reached out to Pravda Brewery on Facebook to help, they gave him the recipe.

"We hope to be drinking this beer in a country that has won the war," Pravda wrote on Facebook of their collaboration with Wilmington Brew Works.

A veteran himself, Wensell hopes to be there for it.