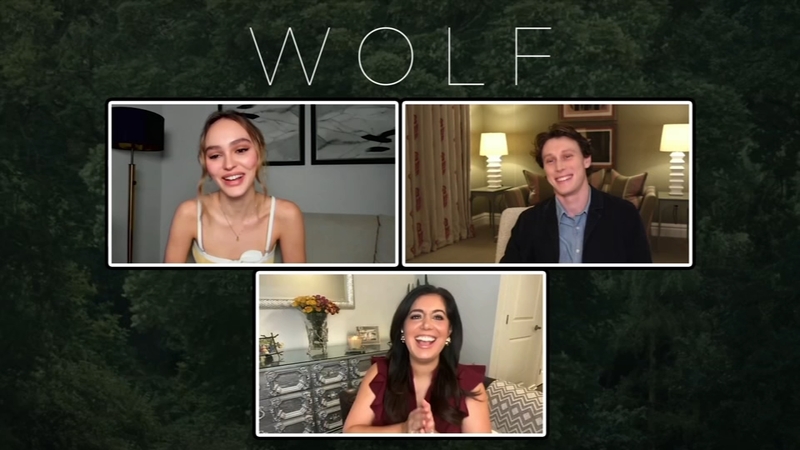 Alicia Vitarelli chats with the cast of 'Wolf' in theaters Friday

PHILADELPHIA (WPVI) -- In theaters now is the new movie "Wolf," It tells the story of man who believes he's a wolf trapped in a human body.

The stars of the film say they worked tirelessly to learn the mannerisms of different species.

George MacKay worked with movement coaches behind "Planet of the Apes," "King Kong" and "The Hobbit" to fully embody the wolf his character Jacob believes he is.

Jacob suffers from Species Identity Disorder and this film taps into the idea of connecting to our natural selves.

"This is about humanity and identity as well," said MacKay. "And just what it is to be yourself, whatever form that takes. I hope that it makes people question what each and all of us are going through in our own personal journeys, but also then be inspired to kind of commit to what feels right to them."

MacKay stars alongside Lily-Rose Depp, the daughter of Johnny Depp. She plays Wildcat.

At the heart, this is a film about friendship and the camaraderie we find when we don't quite fit in.

"I hope people will take away from the movie that even if you feel like you haven't found your community, or you don't have one, or you feel that there's no one around you that relates to what you're going through personally, that they are out there. There's community for everybody, even if you haven't found it yet," said Depp.