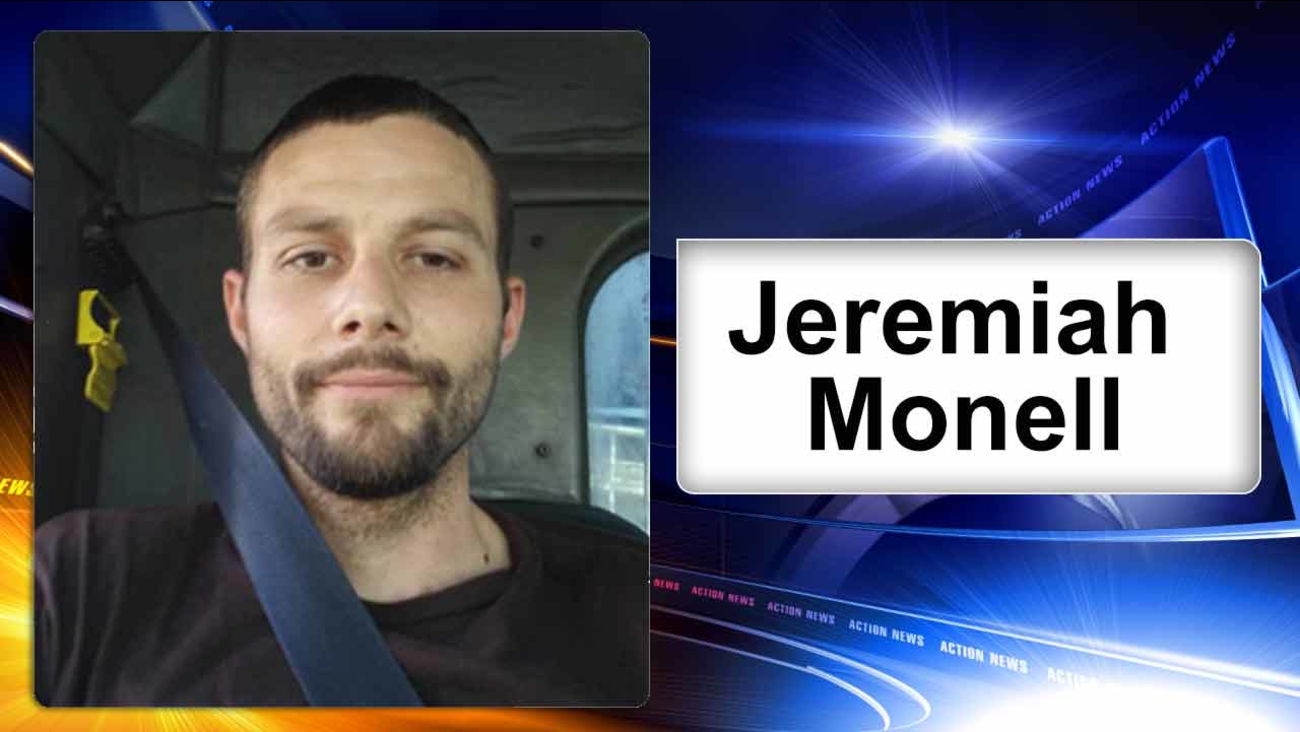 COMMERCIAL TWP., N.J. (WPVI) -- The South Jersey man charged in the murder of his estranged wife has been found, police say.

NJSP captured Jeremiah Monell, who was wanted for the murder of his estranged wife, Tara O'Shea-Watson, on 12/19. Press release to follow. pic.twitter.com/uSrLGvDc5b

Monell was charged in December with murder and related weapons possession.

The body of Tara O'Shea was found in her Commercial Township, Cumberland County home off Raymond Drive on Monday, December 19.

A manhunt began for Monell and a $2,500 reward was offered for his arrest and conviction.

They say O'Shea's estranged husband slit her throat, killing her, in front of their 12-year-old son.