Anthony Paparo previously stated his job was on the line because of his race.
WPVI
By 6abc Digital Staff 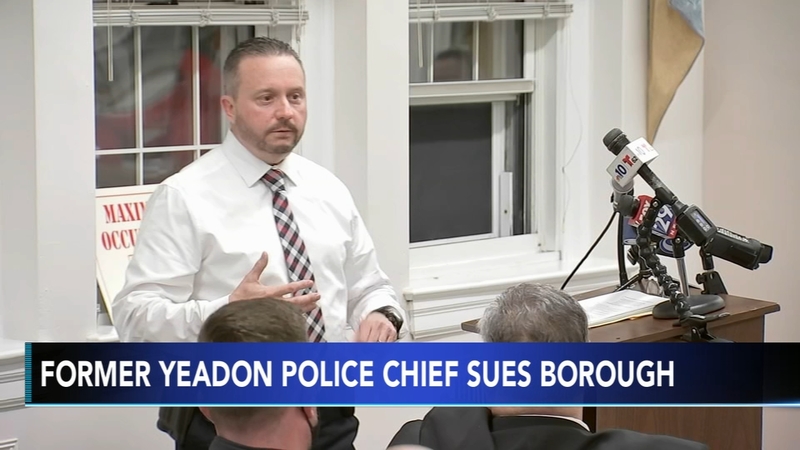 Paparo is suing the borough and council members for his firing last month.

The lawsuit cites racial discrimination and denial of due process.

The council says it fired Paparo over $380,000 in overspent funds.

After weeks of controversy, the Yeadon Borough Council has voted to fire its current police chief after allegations of overspending.

Paparo, who is white, has stated his job was on the line because of his race.

"When people say that they want a Black chief because it's a Black town, I didn't want to believe it," Paparo previously stated.

The lawsuit is seeking compensatory and punitive damages and a reinstatement of Paparo's job.

You can read the full lawsuit here.