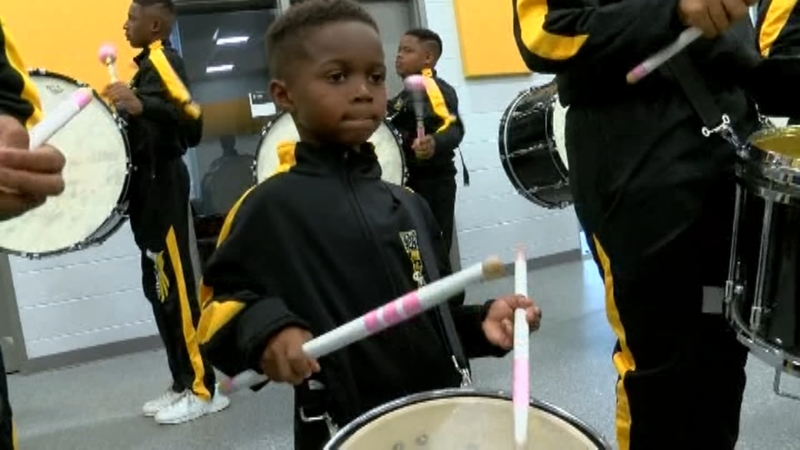 "He was sitting in the stands just beating on the stands with some drumsticks, and I was like who is this little baby who keeps beating drum sticks in the stands. So we told him to come on over and we held the drum out, someone was holding it and he just started going, going against the other band across the field and I was like wow," said band director Chesteron Frye.

That was when he was two. Now he's a full-on member of the St. Helena Arts and Technology Academy high school band.

"It's just like he is a normal student. We don't look at him as a baby student. It's like he's one of us. He's just like the rest of our students," said Frye.

Where did you learn how to do that man?

Aunt Kenya Brooks said he asked her how to play the drums.

"He was like 'Mimi, I want to learn how to play the drums like you' and I was like 'alright, let me teach you real quick,'" she said.

Music isn't the only thing he's good at. He's got the moves to go with it.

"He got all the dance moves," said Frye

Which he says he learns from his cousin.

Kenya brooks: "He's watching all corners, dancing, moves and stuff and he's like teach me how to do that, teach him," said Brooks.

And if all this looks like it's easy for Travis, you'd be exactly right.