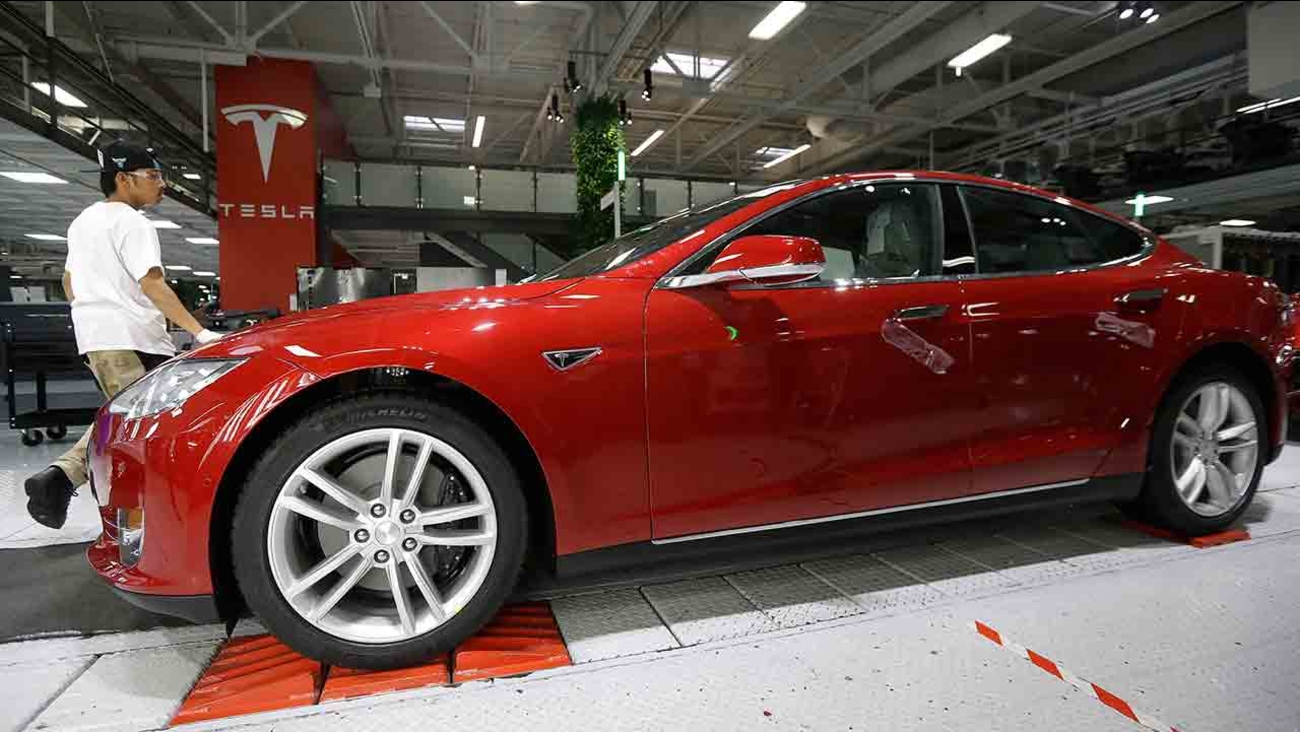 Tesla employees work on a Model S cars in the Tesla factory in Fremont, Calif., Thursday, May 14, 2015. (AP Photo/Jeff Chiu)

About two weeks ago, Tesla said, a customer in Europe reported that her seat belt disconnected when she turned to talk to rear passengers. The woman was not injured and her car has been repaired.

Palo Alto, California-based Tesla believes the seat belt anchors weren't properly bolted together in that case. The company has inspected 3,000 other Model S sedans and hasn't found a problem, but it wants to inspect all seat belts to make sure.

Tesla has recalled the Model S several times before. Most recently, in January 2014, it updated some cars' software to prevent connector adapters from overheating while the car is charging. But this is Tesla's largest recall to date.

Tesla stressed that the recall was voluntary and not requested by federal regulators. The company said it has informed government agencies in the U.S., Europe, China and elsewhere.