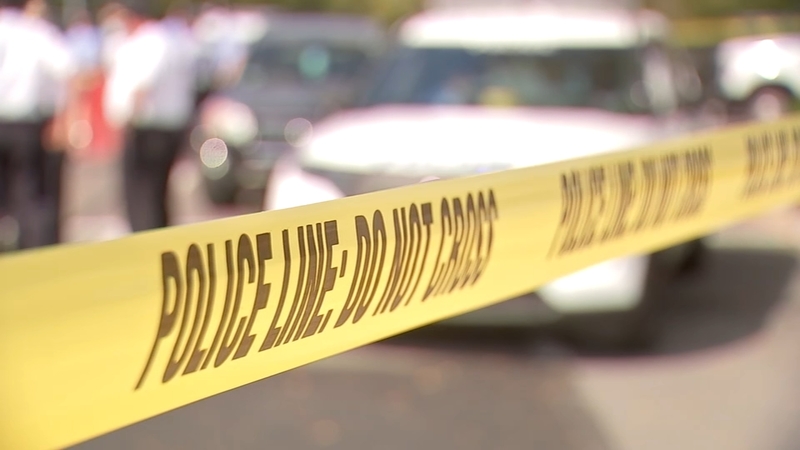 Outlaw: Police have 'foot on the gas' as Philly homicide count grows

PHILADELPHIA (WPVI) -- The police commissioner says gun violence in Philadephia is an epidemic that the department is battling.

"We are not giving up, we are not waving the white flag, and we are not taking our foot off the gas," said Commissioner Danielle Outlaw.

The city controller said Tuesday that Philadelphia is on par to reach 450 murders this year.

"At the start of a new week, we once again find ourselves lamenting another weekend marred by gun violence. Yesterday, we experienced a Monday where six people were senselessly killed," said Commissioner Danielle Outlaw in a press conference Tuesday morning.

Philadelphia police commissioner says department has its 'foot on the gas' as city records 364 homicides, deadliest year since 2007

According to figures released by Philadephia officials, shooting incidents are up 57% over 2019 rates. The number of shooting victims is up 47% compared to last year.

A man is dead after he was shot nine times in the Lowe's parking lot in South Philadelphia on Monday afternoon, according to police.

In Tuesday's press conference, Police Commissioner Danielle Outlaw touted a ten percent reduction in homicides in the last month. But the fact remains that this year homicides are up 40%.

"The notion that the police department alone can cure the pandemic of gun violence is not only erroneous but it absolves other stakeholders their duty to participate in this public health crisis," said Outlaw.

Mayor Jim Kenney says economic factors are also leading to the violence spike and that police officers are doing their best.

"They are patrolling our streets trying to get between combatants that are dead set on killing each other. If you couple in the pandemic and economic crisis and the rising gun violence it's all just a toxic stew," said Mayor Kenney.

Commissioner Outlaw says technology will help in solving violent crimes. She's asking for cellphones for homicide detectives and video viewing stations for investigators to be able to look through surveillance.

"We have refocused our efforts in the budget and what we're asking for but technology is a huge piece of that," said Outlaw.

Working to combat this public health crisis on the ground is Anthony Murphy of Town Watch Integrated Services. Murphy says we to become more social, even in a pandemic.

Another disturbing statistic released by the city: the number of children shot this year is up 67%.