WPVI
1 / 28
Action News was there for the NFL Draft in Philadelphia on April 27, 2017.
Bruce B. Neumann
PHILADELPHIA (WPVI) -- "Philadelphia, you ought to be proud of yourselves."

Philadelphia Eagles great Brian Dawkins summed up what many are others are saying.

After three days, seven rounds, and 253 picks, the 2017 NFL Draft has wrapped in Philly.

One incredible #NFLDraft in Philadelphia. pic.twitter.com/xVJhhnSNjw

The NFL announced Philadelphia broke the record for attendance for any draft in history, with 250,000 people, breaking Chicago's record of 225,000 set last year.

But how did the city that hosted the pope in 2015 and the Democratic National Convention in 2016, fare with hosting a large group of NFL hopefuls, legends, and passionate fans? 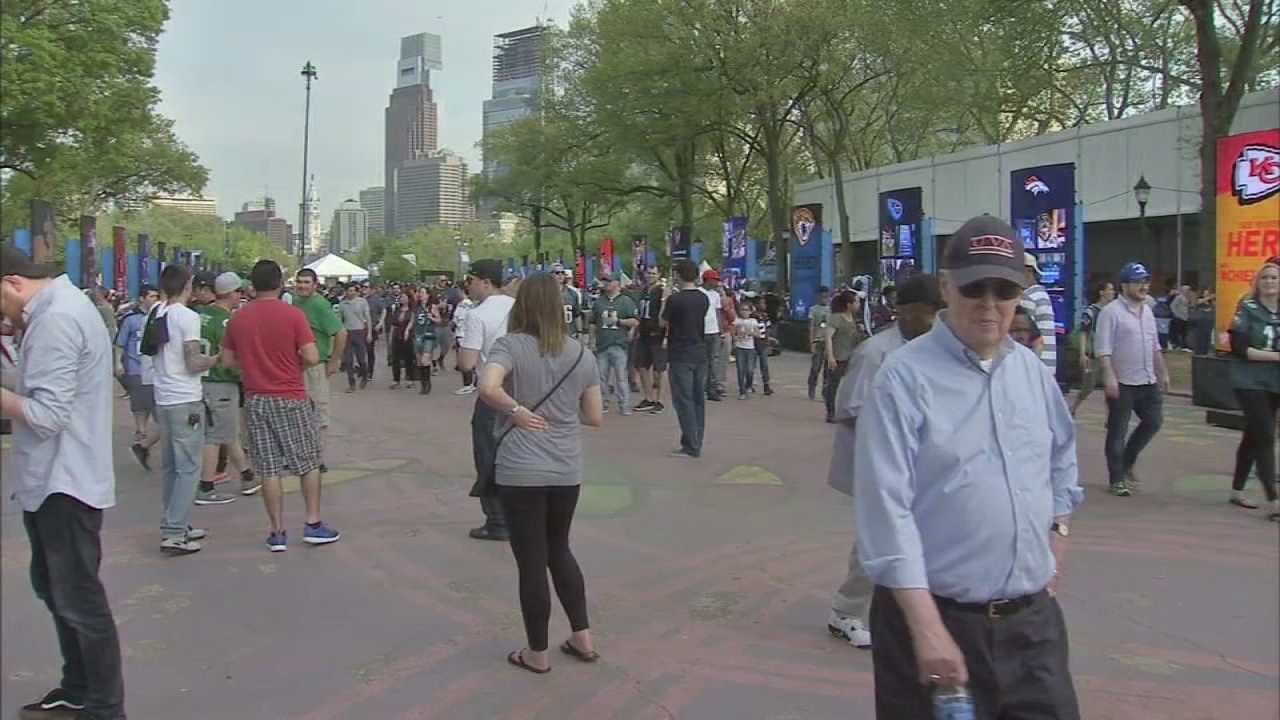 Fans party on the Parkway during NFL draft
The crowd thinned out once the Eagles made their pick, but before that, everyone had a great time.

Here are just some of the reactions:

Props to the people of Philadelphia. That's how to host a draft. No city has injected that much energy, electricity, excitement into draft.

Wildest, most raucous atmosphere in draft history. Philadelphia bringing it.

Philly: You absolutely KILLED it. Best draft experience ever. The standard has been set for every future draft city to try and match 👏🏼👏🏼👏🏼

How is Philly doing hosting the NFL Draft? No arrests in Day 1 or 2, outside of someone unlawfully operating a drone. Pretty peaceful

That was fun. Thanks Philly. #nfldraft

Great job, Philly. You were amazing. Thanks for taking it easy on my guy, @88DrewPearson. Hope to see you soon.

But nobody could say it better than Dawkins, who was joined by fellow Eagles legend Brian Westbrook.

"You have set the bar of what the draft is supposed to be like. That's how you do it. That's how we do it," Dawkins said.

"If anyone from Dallas steps to this doggone podium..."@36westbrook + Brian Dawkins wasted NO time getting this crowd fired up. #NFLDraft pic.twitter.com/IkqXGpbACM

Now, the question is: Will the NFL Draft return to Philadelphia next year?

Thank you@NFL & fans from all 32 teams who came out to let Philadelphia host you at the 2017 #NFLDraft.