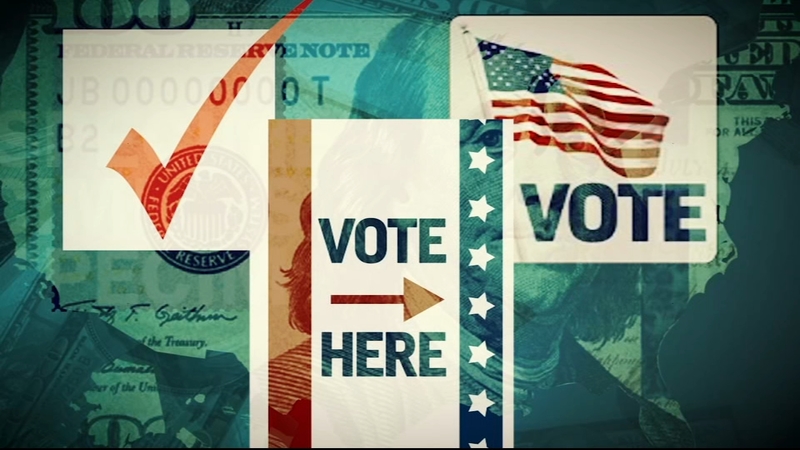 PHILADELPHIA (WPVI) -- Election scams and disinformation are at an all-time high as we are less than a week away from November 3rd.

Security experts warn you need to be on alert for people using the election to try to steal your money, your personal information, and your vote.

"A lot of the scams related to the election have really increased," said Alex Hamerstone with TrustedSec.

Hamerstone said one thing you should look out for is fake petitions, polls and surveys.

"One of the things you'll notice with some of these fake polls is they'll ask for information that you wouldn't expect them to," Hamerstone said.

Some surveys may ask for basic information to make sure you are registered like a name or address, but Hamerstone says be wary if they ask about your social security number, your driver's license number or credit card information.

"That's absolutely an indication that it's going be a scam," he said.

Also, you should never pay to take a poll or petition.

Hamerstone is also warning about an increase in donation scams. Before you give, make sure the organization is legitimate and not a con artist out for your money or your personal information.

Another thing to watch for is disinformation.

A text message has been showing up on the phones of Pennsylvania voters.

It purports to be sent by a Democratic volunteer and falsely claims, "Joe Biden endorsed giving 8- and 10-year-olds sex-change treatments."

What Biden actually said is: "there should be zero discrimination" against transgender people, including children.

The group behind the text is the American Principles Project, a conservative think tank, which has mounted a massive ad campaign in swing states.

"Their first version of their ad was banned from Facebook on their platform and now they deployed a mass text message campaign in Pennsylvania," said Heldibridle.

The American Principles Project stands by its ad and released the following statement:

The claim in the ad that Joe Biden supports sex changes for children is based on a number of statements made by both him and his campaign. The primary source, and reason for the ad, is of course his comment from his ABC News town hall on October 15, where he said in response to a question from a parent of a child who identifies as transgender:

"I will flat out just change the law... The idea that an eight-year-old child, or a ten-year-old child, decides, you know, 'I decided I want to be transgender, that's what I think I'd like to be, it'd make my life a lot easier.' There should be zero discrimination... I promise you, there is no reason to suggest that there should be any right denied your [transgender] daughter... that your other daughter has a right to be and do."

Implied in the assertion that there should be "zero discrimination" is that children should have a right to live as the gender they identify with, even if opposite from their biological sex, and have access to any medical treatments that will facilitate this.

And Biden has made explicit elsewhere exactly how he would "change the law" to accomplish this. He has repeatedly endorsed the Equality Act, which would make it illegal discrimination for medical professionals to withhold sex change treatments. Biden also on his website calls for banning "conversion therapy," including efforts to change a person's "gender identity," which would prohibit attempts to make a child feel more comfortable identifying with their biological sex.

So not only does Joe Biden support sex changes for children, he would effectively make it the only acceptable treatment for children with gender dysphoria.

This is far out of step with the American public. In polling APP did this summer in ten presidential and Senate battleground states, over 75% of voters in each state opposed allowing children to undergo sex change surgeries and chemical treatments.