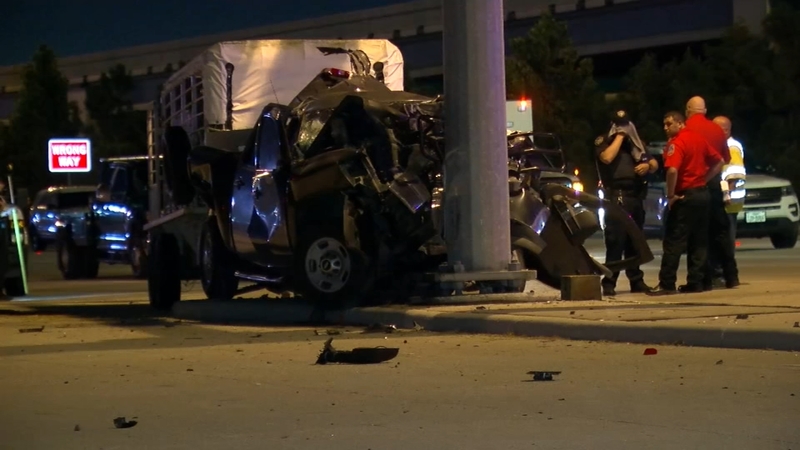 HARRIS COUNTY, Texas -- Deputies in Texas believe a driver may have been drunk when he crashed, killing the three horses inside the farm trailer his vehicle was pulling.

The high-speed crash happened around 10:45 p.m. Thursday local time along the Highway 249 feeder at the Grand Parkway in Harris County.

Deputies say the driver of a Chevy Silverado was towing the horses in the trailer when he slammed into a utility pole.

The horses died on impact.

HORSES DEAD ON IMPACT: @HCSOTexas says a driver was speeding down the 249 feeder road near the Grand Parkway and crashed into a light pole.

He was pulling a horse trailer. 3 horses inside were killed.😢

The driver was flown to the hospital with life-threatening injuries. He's in critical condition.

Investigators believe the driver wasn't just speeding, but that he also may have been drinking after finding alcohol in the truck.

"Investigators went to the hospital, found signs of impairment. He appeared to be intoxicated. Inside the Chevy, we did find at least one glass container containing alcohol, so we are investigating this as a DWI crash, if the driver survives," said Harris County Sheriff's Office Sgt. Simon Cheng.

Investigators plan to pursue animal cruelty charges for the deaths of the horses.

A horse was spotted in the bed of a pick-up truck driving 70 miles per hour on US-59.