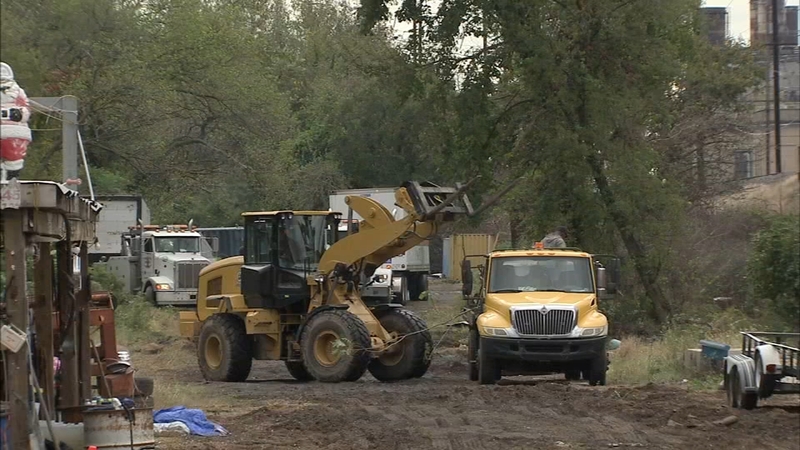 PHILADELPHIA (WPVI) -- There was an early morning raid on a salvage yard in Philadelphia's Bridesburg section.

It happened around 5:30 a.m. Saturday morning when a contingent of Philadelphia's L& I division arrived at a salvage yard on the 4000 block of Richmond Street.

Robert Holton of Port Richmond, who says he owns the business, says heavy vehicles bulldozed his fence and his vehicles were confiscated.

Holton says he's received violations from L and I over the years, but that he's fixed them.

He says the city wants his land.

The city of Philadelphia sent us this statement... "The cease operations order was issued because neither the supposed "landlord" nor the salvage yard operator owns the land the yard is on. They are squatting on the city-owned land. The property is part of the Frankford Creek watershed and using it in this way risks contaminating the Creek. "