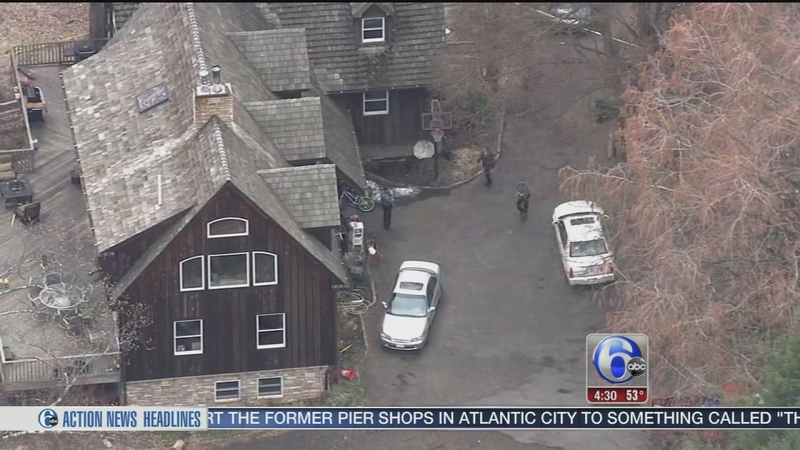 LOWER MORELAND, Pa. (WPVI) -- A Montgomery County man killed his wife with a chainsaw before taking his own life inside their Lower Moreland home, the coroner said Wednesday.

Their bodies were found in the couple's home on Country Lane Tuesday afternoon by their 14-year-old son.

Investigators say it appeared they both had been mutilated by a chainsaw.

The autopsy showed that Nicole died of a gaping wound to the abdomen.

She had also been choked and stabbed in the neck.

Dr. Hofman says Christopher Peppleman died of a self-inflicted gaping wound to the abdomen and right side.

It was the end of a contentious relationship that has stunned the community.

Nicole had been separated from her husband and had been living with the children at her parents' house in Jenkintown.

It's not clear why she met her estranged husband at their house Tuesday.

The Peppelmans were members of the Bryn Athyn Church congregation.

They have three sons, the 14-year-old who discovered their bodies, and a third and sixth grader who attend the Bryn Athyn Church School.

Their pastor, Reverend Eric Carswell, says the entire community remains in a state of shock.

"How do you help them make sense of something that is just so different from what we would want?" Carswell said.

Their pastor has been counselling the boys' classmates and other parents.

He says the Peppelmans were active members of the church community.

Reverend Carswell explains, "Both parents had really cared for their kids in so many ways, and had been so involved. It was partially a connection through sports that so many knew them. And just a huge sadness at the loss."

The boys are surrounded by family at their grandparents' home as they and this entire community deal with an unspeakable tragedy.