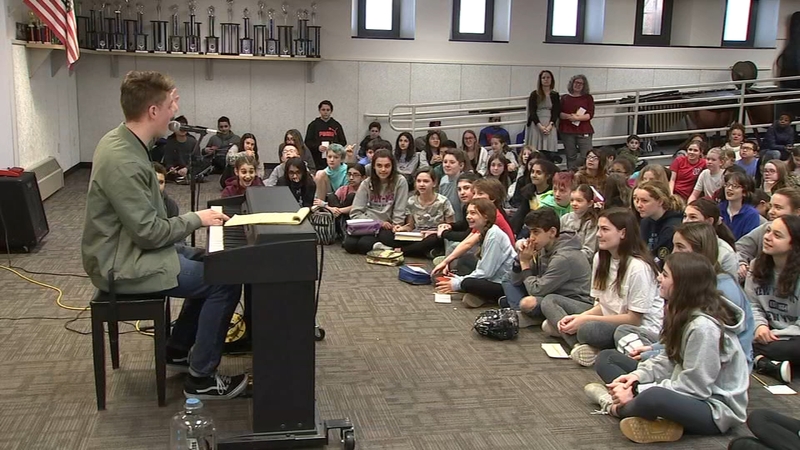 But before one left his hometown, he visited his old middle school in Lower Merion Township.

Louis Knight has a lot of love for Bala Cynwyd Middle School. It was his first stop when he moved here from England nine years ago.

On Wednesday, the now 19-year-old spent the day making music, and making memories, before he heads to the next round of the competition.

"It's very nostalgic, I have a lot of memories in these hallways," Knight says. "It's so nice to see their faces again. It's like a weird feeling of home."

Louis Knight and his family moved to Narberth from London when he was in the 6th grade.

Before he heads to Hollywood, he came back to where his U.S. journey began -- Bala Cynwyd Middle School.

"These people have seen me since I was a chubby kid straight off the plane from England, and now it's really special to be back," he said.

He not only met with students, but he put them to work, having them write lyrics that he put to music.

He also reconnected with faculty and staff.

"We always knew Louis had that "IT" factor when he was a kid. He was so creative and so thoughtful," says Scott Idol, his former teacher. "He's still that 13-year-old boy that I knew and I hope he keeps that."

His proud mother was on hand.