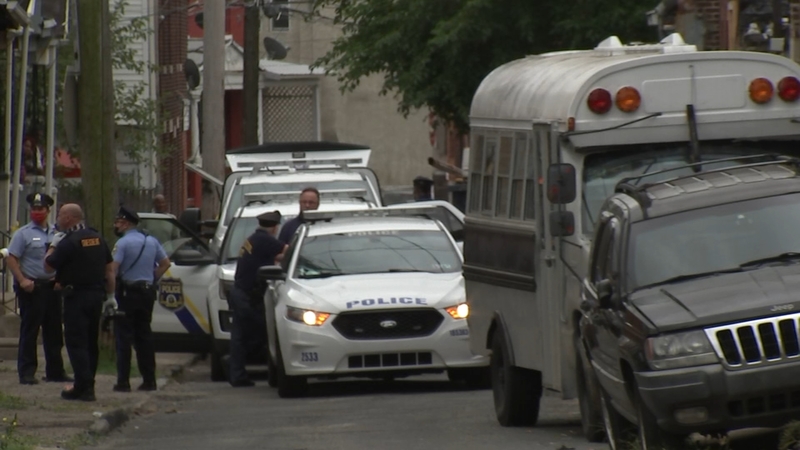 PHILADELPHIA (WPVI) -- A woman is dead and a man is in custody after he barricaded himself inside a home in the Hunting Park section of Philadelphia, according to police

The incident began just before 2 a.m. on the 3900 block of Dell Street in Hunting Park.

Police were called to the scene for reports of a man with a gun.

Officials said the man was inside a home with at least two others when police arrived, which led officers to declare a barricade situation.

SWAT teams were called to the scene and a staging area was set at the AutoZone at Broad and Pike Streets.

Police said when SWAT entered the home around 6:15 a.m. they found a 40-year-old woman with multiple gunshot wounds. She was pronounced dead at the scene shortly before 6:30 a.m., police said.