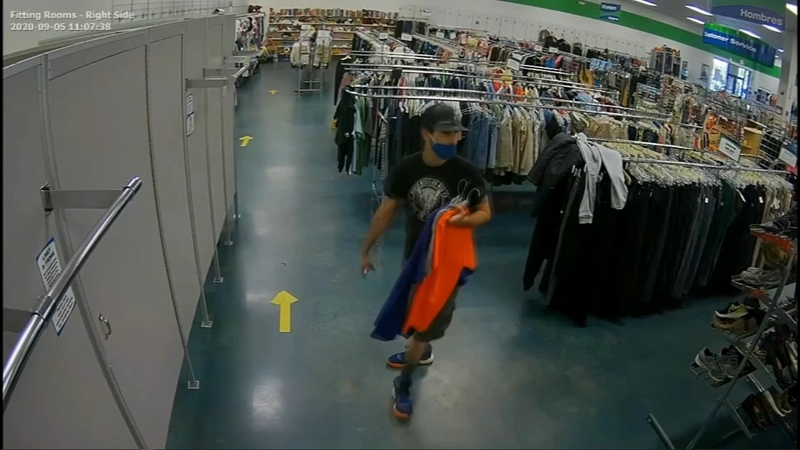 Man wanted for taking photo of woman in dressing room in Bensalem Twp.

BENSALEM TWP., Pennsylvania (WPVI) -- Bensalem police have released surveillance video of a suspect wanted for taking a photo of a woman in a dressing room.

It happened on Saturday at 12 p.m. at the Goodwill located at 2637 Street Road.

The female victim tells police she was trying on clothes in the dressing room when she saw a cell phone appear underneath the door.

Video captured the suspect putting his cellphone under the door where the victim was located.

Immediately after the incident, police say the victim saw the suspect walking at a fast pace out of the business.

The suspect is described as a white man with tattoos on his forearm, wearing a hat, black t-shirt, gray shorts and blue and orange sneakers.