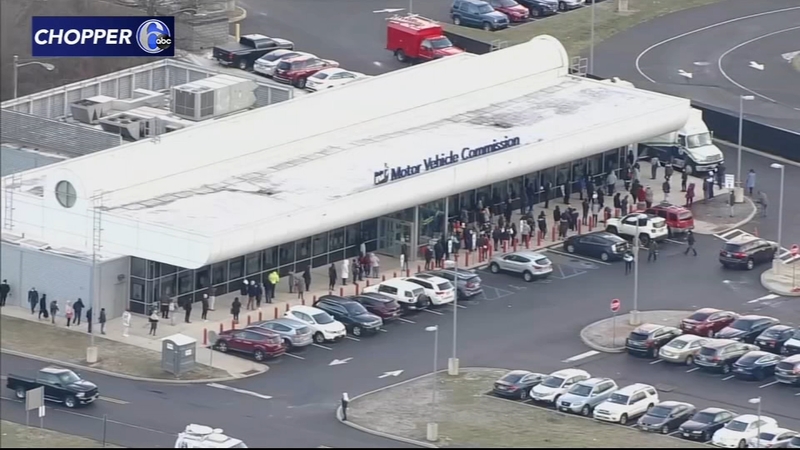 "It's freezing. It was snowing earlier, yeah it's annoying," said Rita Yadav, of Chesterfield, New Jersey.

Some people said they were waiting in line as early as 5 a.m.

"I don't know what to do my license is expiring tomorrow. I was here yesterday for about four hours they told me the same thing," said Victor Muriz, from North Plainfield, New Jersey.

Muriz said he's having issues making an appointment, so he showed up in person yesterday, only to find out there wasn't time for him to be helped. So, he got in line again today, to find out he may not be seen today either.

"Frustrating, it's just frustrating," said Muriz. "Two and a half hours waiting here."

Tracey Stohwasser said he was waiting in line for about three and a half hours before he was helped. He was in line to get a state ID. He said he was also in line yesterday.

"You got to get here early if you want something," said Stohwasser.

Action News has reached out to NJMVC, and just got a response, via email answering some of our questions: