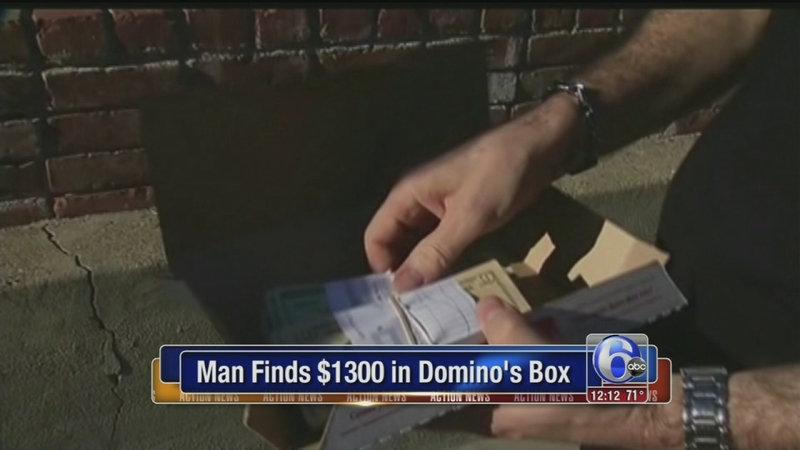 BERKELEY, Calif. (WPVI) -- A California man returned a wad of cash accidentally delivered with his Domino's order. Now, the pizza chain is repaying him with a year's worth of free pies.

Mike Vegas says he ordered a pizza and some wings from Domino's on Friday. He ate just one slice of pizza and didn't touch the wings, which he put away in the fridge.

It turns out that the delivery driver had been on his way to the bank and Vegas' house was his last stop.

He put the cash in the wings box for safekeeping. Lucky for him, Vegas decided to give it back.

The delivery driver was very grateful to Vegas, saying that honest people are hard to find these days.

The chain is offering Vegas free pizza for one year, an offer Vegas plans to take advantage of.