Denzel Washington, Michael B. Jordan talk about 'A Journal for Jordan'

It's a story of love, loss and sacrifice, and it's told through the journal of a military war hero.
WPVI
By Alicia Vitarelli 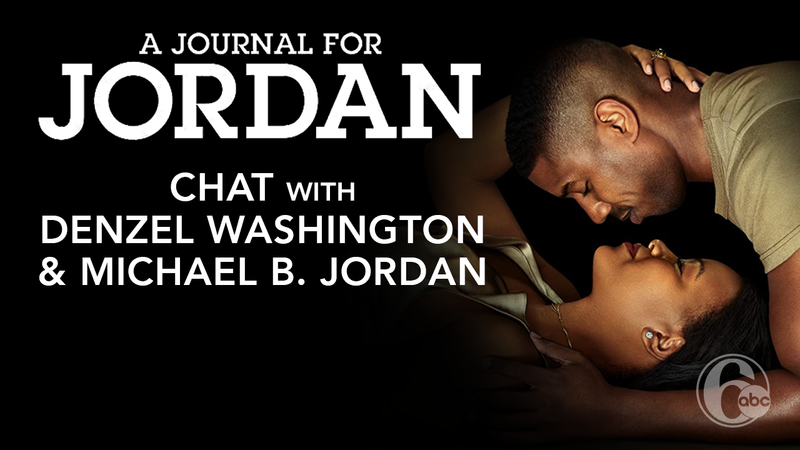 PHILADELPHIA (WPVI) -- 'A Journal for Jordan' is coming to theatres this Christmas.

It's the latest film directed by Denzel Washington, and it's based on true events.

It's a story of love, loss and sacrifice, and it's told through the journal a military war hero left behind for the infant son he barely knew.

She worked with Washington on the set of this film that captures her love, her family, and their heartache.

"The love story that's there is truly incredible between Charles and Dana," says Michael B. Jordan, who portrays the late First Sergeant Charles Monroe King. "The love that he has for his son and his family is unmatched."

Their son Jordan was an infant when Charles was called to serve in the Middle East.

Canedy trusted director Denzel Washington to turn her memoir into a feature film. She was there on set, along with Jordan.

"Denzel showed such tenderness with Jordan, and got to know me and understood that we weren't just characters," Canedy says. "It's an honor for both of us. We are grateful for this experience."

The cast got to know Charles through his family and through that journal for Jordan.

"I just tried to promise Charles every day to do my best, and I promised Dana and asked Charles to be with me," Washington says.

Michael B. Jordan says he learned so much from Charles and his service, his passion for life and his family.

Dana describes watching the film with her son.