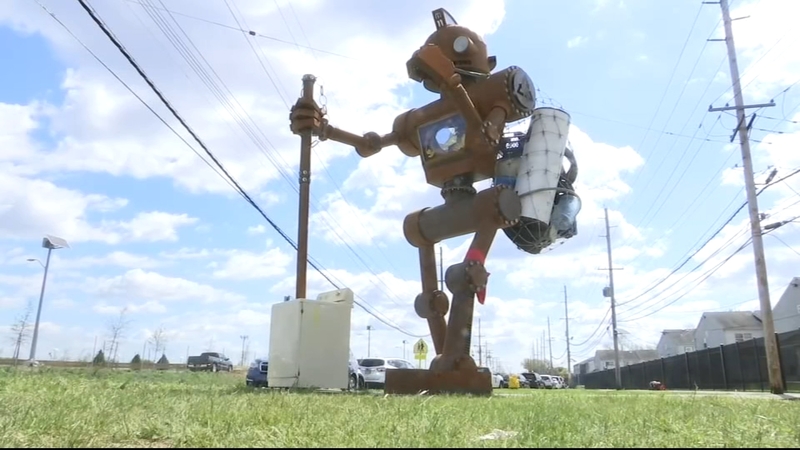 The ribbon-cutting ceremony took place along East State Street in the Cramer Hill section of the city.

The masterminds behind that piece are the artists from Tyler FuQua Creations.

The art is made with actual scraps people illegally discarded.

"It's unfortunate when people use communities as a trash dump. So the hope is that this brings some pride to the community," said artist Jason Hutchinson.

The project was funded by a $1 million grant from Bloomberg Philanthropies Public Art Challenge. Other features include a massive feline and a machine that utilizes mealworms to eat Styrofoam packing.

The goal is to transform the city from being a notorious dumpsite.

Camden Mayor Frank Moran says a lot of the blame is due to outsiders.

The public art installations will remain up through October.