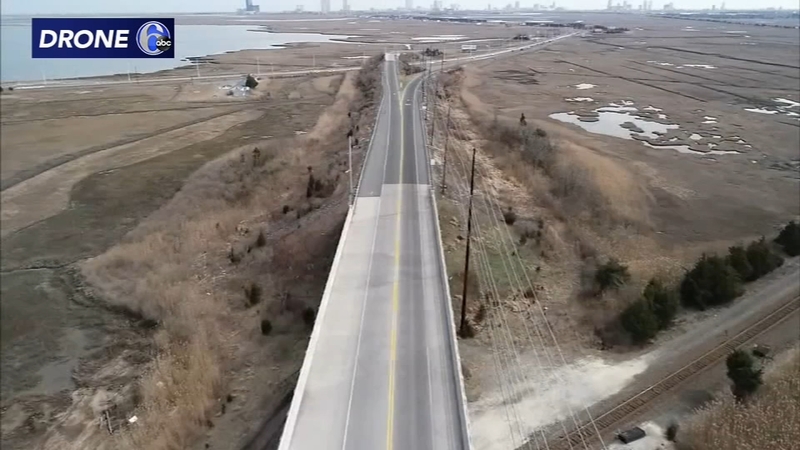 ABSECON, New Jersey (WPVI) -- Absecon police are investigating after a pedestrian was struck in a hit-and-run crash on Sunday.

Officials said 73-year-old Theodore Morgan of Philadelphia was walking on the eastbound shoulder when he was struck.

"A concerned motorist had stopped to see if he was ok and another vehicle passed that vehicle on the right-hand side and struck the victim," said Absecon Police Captain James Laughlin

First responders took the victim to Atlanticare Regional Medical Center-City Division with serious injuries. Police said they do not know why Morgan was walking in that location at that time of day.

"The good Samaritan that stopped said that the vehicle never slowed down so its remarkable that a gentleman of that age, 73 years old, would survive something like that," said Laughlin.

Police are looking for a silver SUV, possibly a Honda Pilot.

"That's insane that somebody would do that, like, you know what I mean?" said Sandy Le of Egg Harbor Township. "Hitting someone and just driving off? Like what if they got seriously injured what if they died? Like, that's your fault."